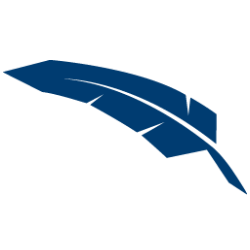 Smart contractors always work to avoid claims situations but are also proactive about understanding the process.  Leveraging their relationship with the right surety gives them the knowledge and experience of their claims team.  Knowing the basics is the first step for any contractor who wants to take on bonded jobs.

The three main types of construction bonds are bid bonds, payment bonds, and performance bonds. Contractors should be familiar with the claims that can arise from each.

A payment bond claim arises when the principal fails to pay subcontractors, laborers, and/or suppliers. Generally, the surety has the right to assert all of the principal's defenses as well as its own surety defenses – which commonly include notice and time limitations. Notably, the bond provides recourse for only proper "claimants," so the principal and surety need to confirm the claimant has standing to pursue the claim.

A performance bond claim arises when the obligee default/terminates the principal for failure to perform contractual obligations. From the surety's perspective, it is said that handling a performance bond claim is like driving an ambulance and not a hearse. Every claim has varying levels of urgency, cooperation/agreement among the participants, and unique challenges. One of the most difficult decisions is whether to admit or deny liability – "to perform or not to perform..."

When a performance claim arises, the surety has a duty to independently investigate the merits of the claim. The objective of the investigation is to gather sufficient relevant facts to make appropriate assessments and decisions regarding the surety's obligation, exposure, and liability. To this end, the investigation commences without an admission of liability and is subject to a reservation of rights and defenses on the part of the surety, which, like with a payment bond claim, has the right to assert the principal's defenses (and also its own surety defenses). The typical process is as follows:

After considering the contract documents, bond form, factual issues, and possible defenses, the surety must ultimately decide whether to perform. If the surety decides to perform, it may, depending on the terms of the particular bond form, have a variety of performance options to evaluate. Options may include financing the principal, taking over completion utilizing a completion contractor, tendering a replacement contractor (typically with replacement payment and performance bonds) to the obligee, or declining to perform, which results in obligee completion. If the surety decides not to perform, it will likely seek to communicate the decision to the obligee as soon as possible. When a surety denies a claim, it seeks to set forth all the reasons it believes performance is not required. In the case of a denial, the principal and surety should anticipate litigation – which frequently results from the decision to deny.

The right surety partners will work with contractors to avoid claims, and if the situation is unavoidable, to mitigate the severity of it. Choosing the right surety with a track record of resolving claims while minimizing legal fees is important for any contractor to consider.