The dire need to recruit the next generation of skilled workers 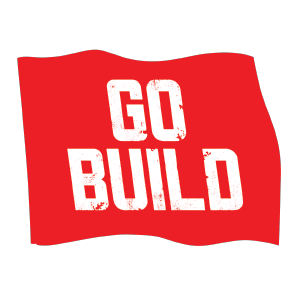 All across the country, the construction industry is struggling to meet demand. Currently, the average age of a skilled worker is over 50 years old and for every five tradesmen who leave the industry, only one replaces them. According to recent projections by the Associated Builders and Contractors as reported in the Wall Street Journal this May, proposed national infrastructure projects and continued demand could put national labor shortages in excess of 1 million tradesmen – and this doesn’t include the impact of rebuilding Texas and Florida following Hurricane's Harvey and Irma. America's construction industry is in a crisis.

Interest in the pursuit of these occupations has been on a steady decline due to continued misperceptions about the wages, opportunities and career pathways – and further compounded by the elimination of construction-related vocational programs and decades of pushing 4-year college degrees. The problem has only worsened since the Great Recession of the late 2000's with a mass exodus of workers from the industry. As a result, young people and their parents seldom even consider these career opportunities, yet the need for skilled labor is greater now than ever.

Although TV-celebrity and champion of blue-collar-work Mike Rowe has been talking publicly about the skills gap for over a decade, only recently has the issue become part of our national dialogue. In June of 2017, President Trump announced a national infrastructure planthat called for 1 million new apprentices over 2 years and throughout the U.S., states are working to strengthen our labor force through a variety of economic and workforce development initiatives. Recently, Alabama passed the Craft Training Bill which is expected to generate $5 million for skills or craft training, and Tennessee's IMPROVE Act provided funding for nearly 1,000 road and bridge projects across the state – work to be done by America's skilled tradesmen.

However, despite a multitude of workforce development efforts and marketing campaigns all throughout the country, labor forecasts remain dismal. America needs an industry wide solution to an industry wide problem – so in 2010, Go Build was developed to enhance the image of the construction industry and inform young people and their influencers about the long-term career opportunities in the trades. Go Build seeks to change perceptions about the construction industry through a unique public relations and education campaign that utilizes a variety of mediums including TV and digital advertising, social media, a robust website, grassroots outreach, and educator tools to engage and inspire young people.

Rather than a cacophony of industry organizations pushing a specific trade or training program, Go Build seeks to rebrand and promote our entire industry by highlighting all of the various construction industry occupations and presenting the multitude of training opportunities that are available – including those administered by industry associations, craft trades associations, the Department of Labor, 2-year college, 4-year college, high schools, private users and contractors. This industry driven initiative currently operates in Alabama, Tennessee and California, with national partners including Associated Builders and Contractors of America and the Associated General Contractors of America, and the endorsement of the U.S. Department of Labor. Go Build's impact has been significant in changing the hearts and minds of young people, increasing career tech course enrollments 24% and driving the state of Alabama to an additional 120+ credentialed programs as a result of student demand. Go Build fills the critical role between young people entering the workforce and realizing state and national economic growth. We're doing more than just publicizing a problem – we're actively closing the skills gap.

We've also been working for the last year to develop a comprehensive nationwide effort with a national rallying cry to coalesce around: Go Build America. Launching in late 2017, the new Go Build America campaign will provide associations and organizations across the country access to the full scope of Go Build's program components in order to effectively combat the ongoing labor crisis. In addition, Go Build America will feature a newly developed incumbent worker database to connect current tradesmen seeking work with available placement opportunities. We're bringing together a network of influencers seeking to redefine our industry and recruit the future skilled workers of America.

America's greatest strength is the American worker. It's time we stop talking about careers in the construction industry as dirty or dangerous – and honor those who built this country from the ground up and made America great. To the generations of young people who will soon enter the workforce: the future is in your hands, Go Build America.

Go Build is a 501(c)(3) non-profit that seeks to address the current skills gap by enhancing the image of the construction industry and informing students, parents, and educators about opportunities in the trades. The program has operated in Alabama since 2010, Tennesseesince 2016 and California since 2017. Bob Woods is CEO/President and founding member of Go Build. Woods previously served for 40 years with the Southern Company, beginning his career as a tradesman. In addition to Woods, Go Build board members include Mike Bellaman (CEO, Associated Builders and Contractors of America) and Steve Sandherr (CEO, Associated General Contractors of America).