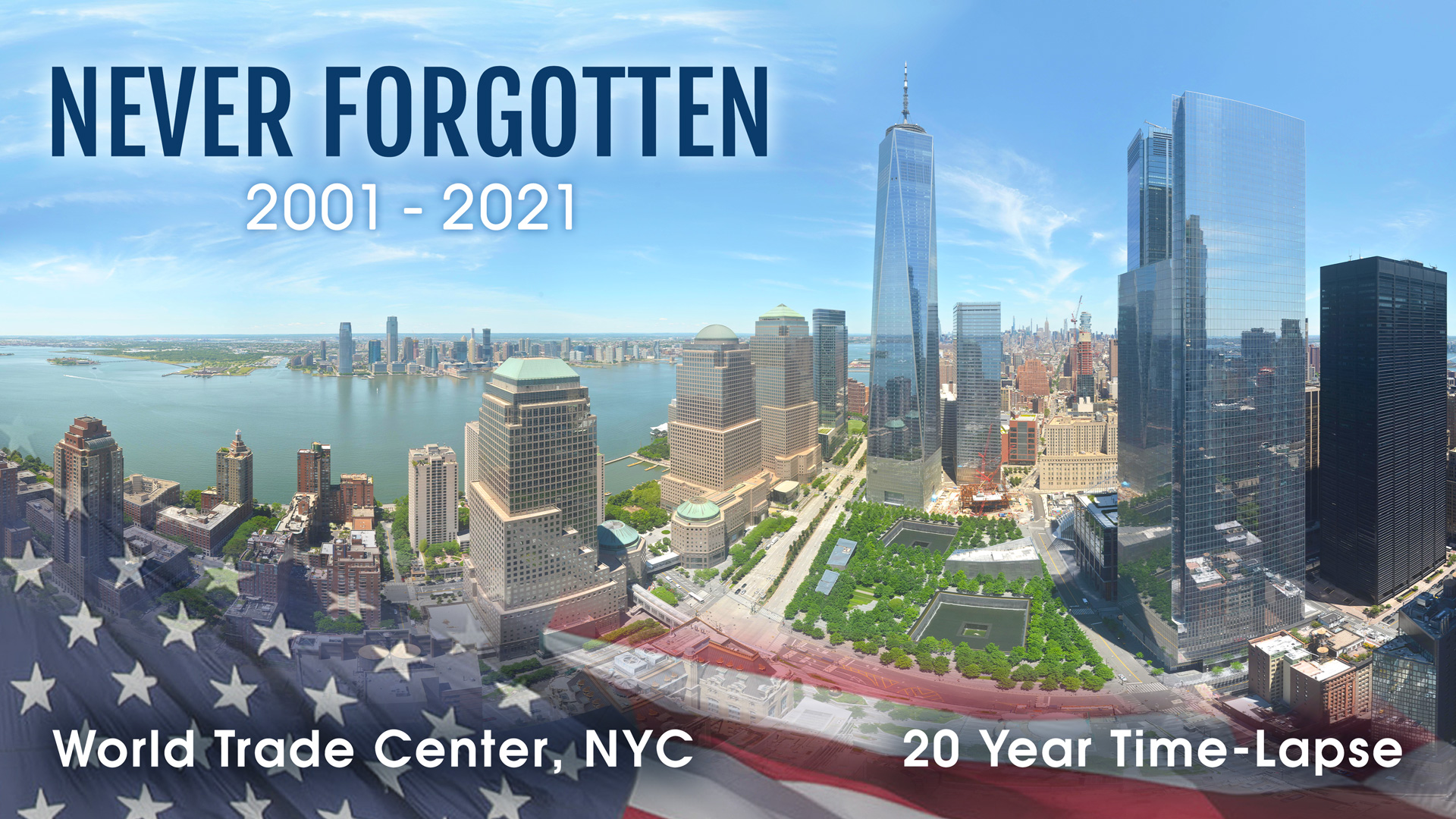 Documenting two decades of the rescue, recovery and rebuilding at the World Trade Center site

This weekend, the world will pause to reflect and honor all those lost two decades ago on September 11, 2001.

In commemoration of that day, which is etched in American history, EarthCam is sharing a unique film – the longest running time-lapse project in the company’s history, including never-before-seen EarthCam footage spanning 20 years. EarthCam has been on site since 2001 when EarthCam CEO and Founder, Brian Cury, installed a webcam just days after the attacks to webcast the rescue mission to the families of the missing.

As rescue became recovery and eventually rebuilding, EarthCam set to work to develop new robotic DSLR camera technology necessary to document this revered 16 acre site in the highest resolution possible. In the coming decades, EarthCam would deploy all of its latest inventions here first to solve the challenges of capturing ultra-wide and tall construction sites using horizontal and vertically stacked panoramic imaging in ever increasing resolutions.

Every few minutes for 20 years, panoramic images captured the transformation of downtown Manhattan from over 100 viewing angles, totaling 13.3 million individual photos. This unique documentary time-lapse film, running approximately six minutes, is the first of its kind to cover such an extended time frame.

“We appreciate EarthCam’s unprecedented contribution of 20 years of historic images, which have meticulously recorded the rebuilding that transformed this sacred space,” said 9/11 Memorial President and CEO Alice M. Greenwald, “This creative time-lapse both honors the legacy of those who were killed and embodies hope for the future, as we see these remarkable new structures that surround the Memorial as evidence of lower Manhattan’s resilience and renewal.”

All two decades of content, in addition to the original EarthCam camera have been donated to the National September 11 Memorial & Museum.

“This is an emotional milestone for EarthCam, as the history of the company has been so intertwined with this site.” said Brian Cury, CEO and Founder of EarthCam, “We’re grateful to many partners, friends, and to the extraordinary team at EarthCam whose dedication and passion supported this effort over the past 20 years, so that we may share this historic archive and honor the lives lost due to the September 11th attacks.”

The movie highlights the evolution of the Manhattan skyline, and also reflects the incredible transition of camera technology through the decades, from early EarthCam digital cameras with less than ½ megapixel, to its most recent high-definition construction cameras that capture epic 120,000 megapixel images.

Other notable time-lapse sequences include the use of decade-old lower-resolution images that were remastered and stitched together into cinematic panoramas thanks to recent advances in EarthCam technology.