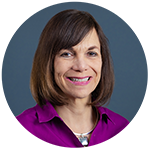 Management-side observers who spoke to our sister publication HR Dive acknowledged that while federal legislation to relieve the burden on U.S. businesses is needed amid the coronavirus pandemic, small businesses are worried about the potential impact on the private-sector employers that now need to provide Family and Medical Leave Act (FMLA) leave and sick leave protections.

In the letter to the Senate, AGC Vice President of Government Relations Jimmy Christianson ​said the mandate comes at a time of “extreme economic uncertainty among so many small business employers already exposed to cash-flow difficulties."

The bill has two separate provisions that impact private entities and individuals that employ fewer than 500 employees. First, it amends the FMLA to allow U.S. workers, including those employed by such entities, to take up to 12 weeks of job-protected leave if the employee is unable to work or telework due to a need to care for a child under 18 years of age because that child's school or place of care has closed or the child's child care provider is unavailable due to a public health emergency with respect to the virus.

The first 10 days of the emergency FMLA leave may consist of unpaid leave, but the employee must be paid for each subsequent day of leave. That payment would be calculated based on the number of hours the employee would normally be scheduled to work, and would not be less than two-thirds the employee's regular rate of pay. But the bill provides that this amount will not exceed $200 per day and $10,000 "in the aggregate."

Additionally, the bill exempts employers that employ fewer than 25 employees from the job-protected aspect of the emergency FMLA leave provided a specific set of conditions are met, including if a leave-taking employee's position is eliminated due to "economic conditions" or other changes that affect the employer's operations resulting from the public health emergency. The bill allows the Secretary of Labor to exempt employers with fewer than 50 employees from the emergency FMLA leave requirement, "when the imposition of such requirements would jeopardize the viability of the business as a going concern."

Second, the bill mandates that employers with fewer than 500 employees provide paid sick time to workers. This applies if the worker is sick with or has been quarantined due to COVID-19, is experiencing symptoms of the disease and seeking medical attention, or is caring for a child in the event of a school closure or unavailable child care provider, among other situations. Full-time employees are entitled to 80 hours of such leave, while part-time employees are entitled to time equal to the number of hours they work on average over a two-week period. The leave doesn't carry over from one year to the next.

An employer may not require, as a condition of providing the paid sick time, that an employee search for or find a replacement to cover for the hours during which the employee is using the paid sick time. The payment is calculated based on the employee's "required compensation" (i.e. the employee's regular rate of pay or the federal, state or local minimum wage, whichever is greater) and the number of hours the employee would otherwise be scheduled to work. Pay standards differ in certain situations, such as if an employee is using the time to care for a family member.

As with the expanded FMLA provision, the bill contains language allowing the Secretary of Labor to exempt small businesses with fewer than 50 employees from the paid sick leave requirement.

The bill stipulates that tax credits are available to employers providing the paid FMLA leave or pick sick leave. But for many employers covered by the legislation, the more immediate concern is how they'll be able to afford payroll, said Jim Paretti, shareholder at Littler Mendelson, especially as many operate in industries that are being closed by state and local governments out of public health concerns.

Small employers and other private entities will need to take immediate steps, including making sure that employees who are parents as defined under the bill are properly classified as such internally, Scott Witlin, partner at Barnes & Thornburg, told HR Dive in an interview. And outside of the bill's provisions, many of those employers will need to ensure they are up-to-date with their obligations under the Worker Adjustment and Retraining Notification Act, should layoffs be a consideration, he added.

The bill does appear to allow certain smaller employers to receive an exemption from its provisions, but these employers will need to weigh the costs of a) providing the leave in the first place and b) not complying. "It may cost more time and money to try and get the exemption than to pay the bill," David Sherwyn, professor of hospitality human resources at Cornell University, told HR Dive in an interview, but he noted any such decision is based on the employer's own circumstances. He added that it's uncertain many local establishments, like restaurants, would be able to shoulder the costs of leave while facing declining revenues.

On the monetary side, help may be on the way from the Federal Reserve, which announced earlier this week that it would soon take action to support the flow of credit to businesses during the epidemic, Axios reported. The same outlet reported Wednesday that the White House has asked Congress for a $1 trillion coronavirus relief and economic stimulus plan.