The Dotted Line: The pros and cons of construction manager delivery methods

However, all parties often aren't on the same page, according to two attorneys interviewed by Construction Dive.

“Very often,” he said, “they are dead wrong on what it means, and I have to start by educating them.”

Attorney Joshua Atlas, a partner in the West Palm Beach, Florida, office of Saul Ewing Arnstein & Lehr LLP, agreed, saying that “in practice, these [delivery methods] are frequently used interchangeably between people who don’t necessarily understand or recognize the difference.”

Below is more information about each type of delivery method and which kind of projects each is best suited for.

This delivery method is also referred to as Construction Manager at Risk (CMAR). It has become such a popular and successful method that the General Services Administration earlier this year started allowing federal agencies to consider it as an option for its construction projects alongside design-build and design-bid-build.

Because the method is widely used in the private sector, the GSA said that adding CMc to its authorized options would upgrade the federal government’s practices regarding the purchase of construction services and would provide a “more robust playbook framework” for procurement.

As part of a CMc contract, Meyer said, the construction manager is brought in at the beginning of the project to provide a wide range of preconstruction services such as reviewing the plans for constructability, preparing initial schedules and getting orders with long-lead items underway.

In addition to these owner benefits, the contractor typically also provides cost estimates while the design is being developed instead of leaving that responsibility to the design team.

“Getting that construction manager [involved in the project] early on gives the owner some credible pricing information that they can actually rely on,” Meyer said.

Early collaboration and involvement in the design phase might sound similar to design-build, but there’s one big difference, Atlas said: “The construction manager at-risk is not actually undertaking the design obligation and then subcontracting that out to a consultant.”

The owner under CMc typically has two contracts — one with the architect and one with the construction manager — or three if the parties count the preconstruction services portion of the CMc contract as a separate agreement.

During the preconstruction phase, the construction manager is not at risk, Atlas said. At this point, there is no agreement to build anything and the design is likely not completed.

After the construction manager makes its proposal and the owner accepts it, those terms, including a contract amount, are added as an amendment to the CMc agreement.

Now the CMc has the risk of delivering the project, but the level of risk varies, said attorney Quinn Murphy with Sandberg Phoenix in St. Louis, and it's reflected in how much the construction manager will be paid. The two predominant ways a CMc contract pays is through via a guaranteed maximum price (GMP) or cost-plus a fee arrangement, he said.

The Construction Manager/General Contractor (CM/GC) model is very similar to a CMc contract and, in fact, is often used interchangeably with a CMc. A general contractor is brought on to give input into the design and then will negotiate a fee. It’s also possible, Murphy said, that the owner will open the project to bids from other contractors.

The construction manager faced with this situation still has an edge over the other bidders, though, because of its familiarity with the project, and it would charge more for the preconstruction phase without the guarantee of the award at the end of that process, Meyer said.

However, each contractor has its own set of efficiencies, Murphy said, and those could provide a competitive advantage over the construction manager that has been involved with the project since the outset.

This delivery method can also be lumped into the category of Construction Manager Multi Prime (CMMP).

“I like to refer to [this type of] construction manager as staff augmentation,” Meyer said.

Typically, the owner that enters into this agreement has some construction experience but not enough to run a large construction project. In this case, the owner needs someone to act as an agent, the attorney said.

Under this arrangement, Meyer said, the owner enters into construction agreements directly with trade contractors, leaving the construction manager to oversee the work but generally relieving it of the responsibility for the schedule, budget or defective work.

"The CM advisor really has low risk," Meyer said. "As a result, the owner should expect to pay a much lower fee because the construction manager doesn’t have that risk exposure.”

This doesn’t mean, however, that there aren’t opportunities to generate large fees. There are construction managers, Murphy said, that base their compensation on a percentage of what they save the owner from the original project budget and schedule of values that the contractor for the project has submitted.

“They are more directly involved than even sometimes an architect or certainly the owner,” he said. “They're on the project every single day.”

And it’s not just value engineering or tweaks to the budget that count toward savings, Murphy said. If the construction manager stops some aspect of the project from being executed incorrectly and can assign a dollar value to it, that also counts as savings.

“It totally incentivizes them to run the project as smoothly and efficiently as possible,” he said. 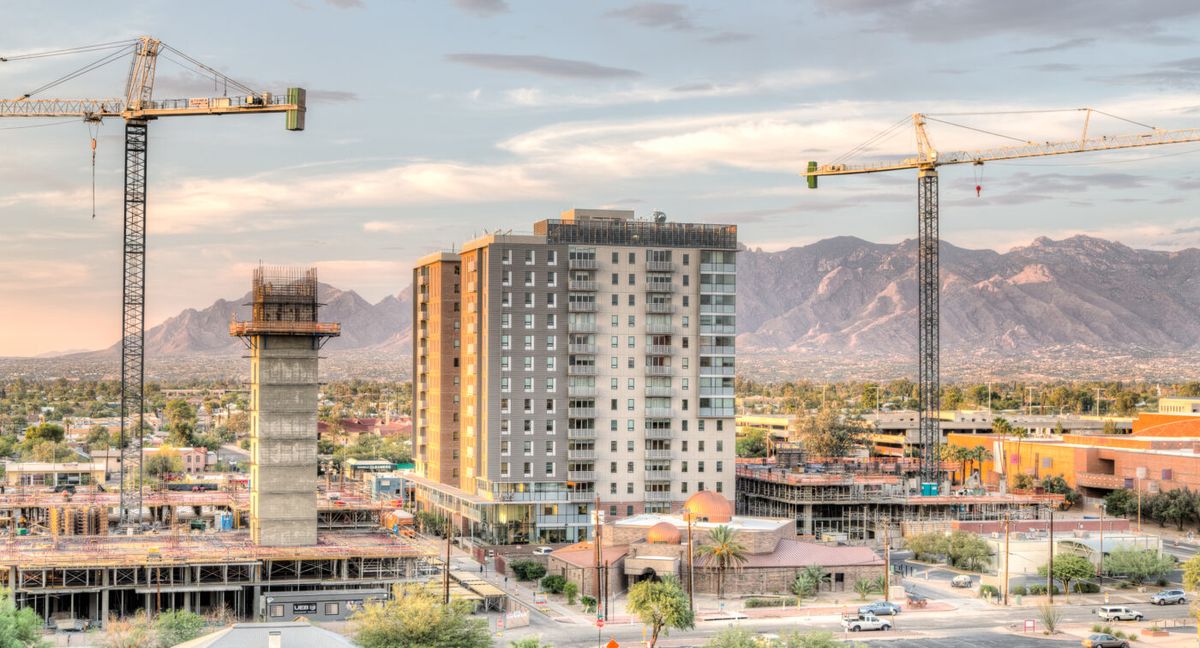