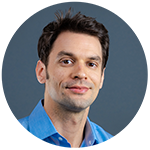 Technologies like BIM, drones, virtual reality and real-time workflow software have made an entrance that will forever alter the scope of the construction industry. Every few weeks, Construction Dive provides a roundup of the latest technology product announcements that promise to boost productivity by saving contractors time, money and labor. To view the entire series, click here.

Though 3D printing technology in the construction industry is nascent, with European and other foreign firms stealing the spotlight, the University of New Mexico is positioning itself to blaze trails in the industry.

The department’s aim is to enhance R&D and training in the space to pave the way for printing buildings and other structures such as bridges.

To demonstrate the technology at the lab’s grand opening last month, “Students in the lab loaded computer-aided design drawings into a computer and the machine was able to produce the design in concrete, creating a piece with six separate layers,” the engineering department press release explained.

“This is cutting-edge technology that industry doesn’t even have yet,” Engineering Dean Christos Christodoulou told the Albuquerque Journal.

“It’s a game changer,” Mahmoud Taha, department chair, told the Journal. “It will change the materials and components we use for construction and the methods for how we build things. … It will require entirely new standards and codes for structures made with 3D printing.”

Drones supplied by Top Flight can stay airborne for up to two hours and carry up to 22 pounds, according a company press release.

Aizawa embarked on the partnership as part of a broader effort to use robotic technologies to inspect and maintain roads, bridges and other structures it oversees. It will use Top Flight drones to “accelerate the operational efficiency of both line-of-sight and eventually beyond-visual-line-of-sight inspections,” according to the statement.

"In addition to solving the challenges of longer-duration flight for flying robots, Top Flight is developing the advanced sensors and technologies that will maximize the effectiveness of our aerial inspection needs including quality analysis that will save our customers future ongoing maintenance costs,” Yoshihiro Aizawa, president and CEO of Aizawa Concrete Corp., is quoted saying in the press release.

Autodesk is in the news again this week with an announcement today that its partnership with 3D development platform Unity Technologies has come to fruition in the form of Unity Reflect.

Unity Reflect is a product for the AEC industry that will allow users to export BIM and CAD data from Autodesk Revit and other platforms to augmented reality and virtual reality systems.

As a plug in-to Revit, design changes such as relocation of windows, adjustments to materials or addition of a window, for example, made in the BIM software will be automatically updated in real-time in Unity’s corresponding VR or AR platforms.

“Unity Reflect makes real-time data visualization and data collaboration possible with a Revit plug-in that exports BIM and CAD data in just one click,” Unity said in a June 5 press release. “With Unity Reflect, design changes made in Revit will automatically sync across any device in real-time from mobile to desktop to virtual reality (VR) to augmented reality (AR).”

The product is scheduled to be available in fall 2019.

The VR technology “stimulates vision and hearing and immerses the user in a simulated, but safe, reality,” said Michael Schreiner, vice president of content for Vector Solutions.

The OSHA Portable Ladder Safety experience operates on Oculus Go VR headsets and Android and Apple mobile devices. Using a “story-based approach,” the system “emphasizes emotional elements of decision-making” as users are tasked with reaching a 20-foot-tall landing while adhering to OSHA height and pitch requirements for ladder placement. A post-placement evaluation then grades the learner on his or her decision.

As laid out in parent company Vector Solution’s press release, the Centers for Disease Control and Prevention reports that 20% of fall injuries among workers involve ladders. From 2011 to 2016, ladders caused 836 work-related fatal injuries, according to the Bureau of Labor Statistics.

"Occupational ladder injuries are especially prevalent in the construction industry, as 81% of fall injuries among construction workers treated in 2011 were caused by ladders," according to the CDC.

The software meets OSHA training standards and can be downloaded on popular mobile app stores.