The strong backlog reading indicates the construction industry continues to fend off any recessionary concerns for this year, Basu said. “Even if the economy were to enter recession this year, contractors would likely be insulated from significant harm.”

That means for now, construction pros are emphasizing the positive.

“Rather than fixate on the possibility of a recession, many contractors remain focused on growth, with expectations for rising sales and staffing levels over the next half year,” said Basu. “Even the reading on profit margins increased this month, perhaps reflecting an improved supply chain.”

“The general increase in the cost of capital has also jeopardized many projects,” said Basu. “Certain contractors [are] noticing an increase in postponements.” 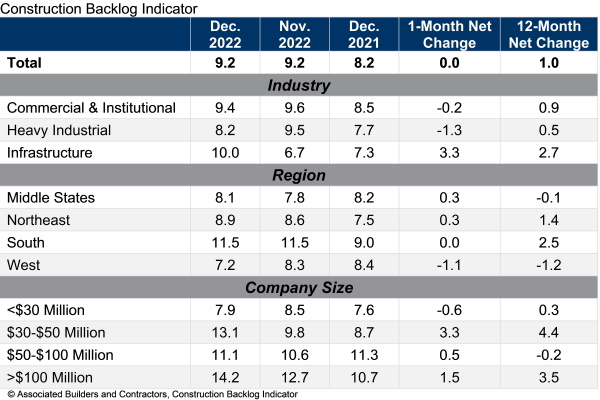 ABC’s reading for profit margins and sales jumped in December, while the reading for staffing levels decreased. While all three readings remain above the threshold of 50, indicating expectations for growth over the next six months, they were significantly lower than year-ago levels. 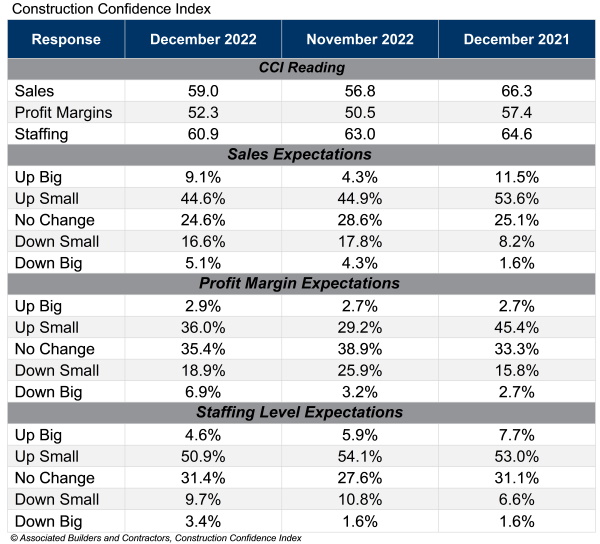