What she helped build:

PlanGrid software has been used in more than 70 countries and on more than 500,000 projects.

The smell of drywall dust.

The "saddest story in Silicon Valley" is headed for a happy ending. That's if Tracy Young has anything to say about it. Young, a fellow construction engineer and two programmers formed PlanGrid in the fall of 2011 to develop an app that lets workers in the field view building plans on mobile devices.

Young has become the face of the company and, in many ways, an emblem of the next generation of construction leaders.

Construction Dive talked with Young about women in construction, bringing tech to the field and what she likes most about job sites. 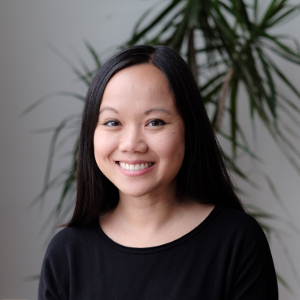 How does the market for PlanGrid today compare to the fall of 2011?

Young: We would show people PlanGrid and they would say, ‘I would love this, but I don't have a mobile device to run it on.’ It's a very different conversation now.

You're one of four co-founders but you've become the face of the company. Did you expect that?

Young: I certainly didn't want that, but it ended up being a good thing. This world needs more female engineers, founders and executives. If I can be a good example to the next generation, that's awesome.

You’re a strong advocate of women in tech and construction. How did that happen?

Young: It dawned on me that there are so few female executives at construction companies that we should put them in front of female engineers and project managers to show them what is possible for their careers. That became our Women in Construction conference. Something like 200 people showed up the first year, which blew us away, so we're going to keep doing it.

Do you get a lot of questions about being a woman in construction?

But you’ve put yourself in a position to be a leader there.

Young: Sure, if I get questions about my gender I certainly wish they were about my business. Those questions come up for a reason, though, and that is that there are few female tech CEOs. I'm happy to answer them if it means someone else will be inspired by my story.

What do you like the most about construction sites?

Young: I like the smell of drywall dust. (laughs) It takes so much coordination to build these amazing structures. You work incredibly hard in this industry. There’s no feeling like the one you get walking into a space you helped build.

What do you wish the industry did better?

Young: That margins for contractors and builders were higher. Contractors are taking on all this risk and the slim margins sometimes drive bad behavior. They're not incentivized to adopt new technology because they don't have the cash to invest. That could make this industry much more efficient and productive.

The tech landscape is ripe for more women leaders like Young to help solve the industry's longstanding productivity challenges.