Report: More than a third of US bridges are structurally deficient. It could take decades to fix them.

As the Senate advances a bipartisan infrastructure bill, bridges across the country continue to deteriorate. Here are three that exemplify the urgency.

The U.S. has a bridge problem.

The American Society of Civil Engineers gave the country's overall infrastructure a C- grade in its 2021 report card, and the American Road and Transportation Builders Association estimates that 171.5 million vehicles cross over 45,000 structurally deficient U.S. bridges every day.

Last week, federal lawmakers provided an early step in the long process to remediation. On July 28, the Senate voted to advance a new bipartisan infrastructure package, which includes $550 billion in new federal spending. The bill would invest $110 billion into roads, bridges and other major infrastructure projects, representing the largest bridge investment since the construction of the interstate highway system under President Dwight Eisenhower, according to the White House.

The number of structurally deficient bridges has declined for the last five years, but that is tempered by the trend of more bridges being downgraded from good to fair condition in the same period, ARTBA said.

As the bipartisan bill awaits action this week, here is a look at bridges across the country that exemplify the strain U.S. infrastructure faces and what happens to communities when a major piece of infrastructure is shut down.

On May 11, a contractor for the Arkansas Department of Transportation discovered a crack in a steel support beam while inspecting the Hernando de Soto bridge (pictured top and above), a 48-year-old span on Interstate 40 that crosses the Mississippi River, connecting Arkansas to Tennessee.

The crack was in one of four 900-foot-long beams supporting two of the bridge's spans near the Tennessee side of the river. The bridge leads into downtown Memphis, Tennessee.

Following the crack's discovery, the DOT immediately shut down traffic across and beneath the bridge, which carries more than 40,000 vehicles daily. Traffic was redirected to the 71-year-old Interstate 55 bridge, about 3 miles south of the I-40 span.

Tennessee and Arkansas transportation officials have worked together to correct the issue, ABC news reported. After months of work and traffic tie-ups, the bridge finally reopened Monday, the Arkansas DOT announced via Twitter.

On June 23, a truck struck the low clearance Lane Pace pedestrian bridge spanning Interstate 295 in Washington, D.C., causing it to collapse and injure five people. The collapse tangled traffic for 12 hours. In the bridge's most recent inspection prior to the collapse, it had been deemed to be in poor condition and failed to meet height requirements, the Washington Post reported.

The routine inspection, conducted from Feb. 10 to May 14, cited poor condition in the two prestressed concrete T-beams, exposed corroded reinforcing steel and cracked concrete interior walls, according to the Post. The bridge is 65 years old, and has had no major rehabilitation, according to its inspection reports. With a height clearance of 14 feet, 4 inches, it doesn't meet current standards for bridge heights in D.C., which call for a minimum of 17 feet, 6 inches.

As crews excavate the remnants of the collapse, plans for a replacement bridge are underway, despite disagreement whether it's still needed. Everett Lott, interim director of the District DOT, said the bridge replacement would cost $25 million, WUSA9 reported. Mayor Muriel Bowser said the project would be completed within the next three years.

Without the bridge, bikers and pedestrians must walk about a mile along I-295 to get around it, and some have been choosing the dangerous option of crossing the highway without a crosswalk or pedestrian bridge, according to WUSA.

In 2011, former President Barack Obama spoke at the Brent Spence Bridge — which spans the Ohio River to connect Cincinnati and Northern Kentucky — and mentioned legislation that could help improve it, the New York Times reported. In 2016, former President Donald Trump did the same. On July 21, President Joe Biden became the third consecutive president to highlight its need to be fixed.

"We gotta fix that damned bridge of yours going into Kentucky," Biden said at a town hall in Cincinnati.

The federal bridge inventory has listed the Brent Spence Bridge as "functionally obsolete" since the 1990s, the Times reported, and it has a history of crashes and traffic issues. There is a $2.5 billion plan to fix the bridge and construct a new one adjacent to it, according to the Times, but some have raised concerns over the size of the proposed bridge; some traffic may still flow over the old one.

Current maintenance work on the bridge, which began in March and is scheduled to conclude in November, requires various lane and ramp closures, snarling traffic and adding to commuter and freight delays in the area. 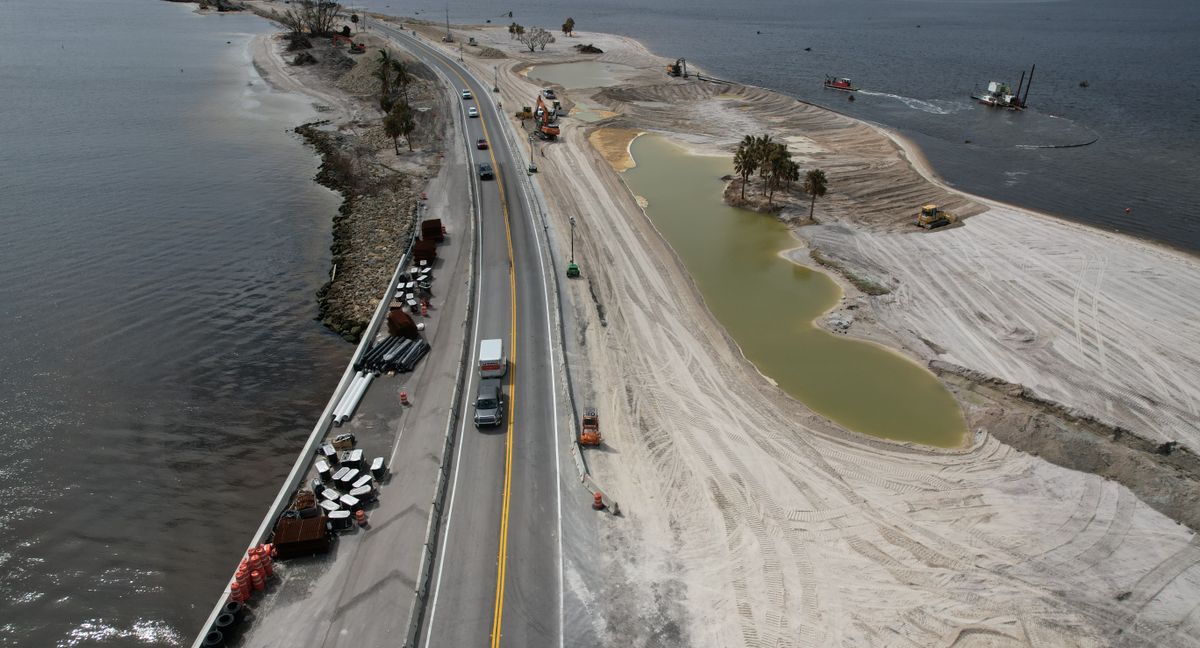