Growing demand and tightening environmental regulations make for a mixed outlook for the oil and gas industry.

It’s a complicated time to build a new oil or gas pipeline in the U.S. While the fossil fuel industry continues to see healthy demand and profits amid skyrocketing gasoline prices and war in Ukraine, construction costs are rising and stricter environmental regulations are on the horizon as pressure to transition to renewable energy grows.

However, competitor Calgary, Alberta-based TC Energy's 1,200-mile-long Keystone XL project, which would have stretched from Steele City, Nebraska, to Hardisty, Alberta, was canceled in June 2021 after President Joe Biden denied it a key permit on his first day in office. The project had become the focus of a fierce environmental and public health fight.

Pressures in both directions

The U.S. is the world’s largest natural gas producer, but its output is slumping even while global demand rises after gas-producing Russia invaded Ukraine, according to Reuters. Despite prices near 14-year highs, the country’s main producers — the Appalachian region and West Texas — are seeing growth slow, which companies blame on lack of adequate pipeline capacity.

An increasing focus on climate change and the transition to renewable energy is putting downward pressure on the country’s pipeline industry, according to Westwood Global Energy Group, an energy market research firm. The numbers bear this out: In North America in 2022 there are 4,044 miles of pipeline under construction with another 17,841 miles planned, an Underground Construction analysis found, an expected 13.4% decline from last year.

The Federal Energy Regulatory Commission, the agency that provides key permits for pipeline projects, in February proposed an update to its guidelines that would consider projects’ impact on the environment — a dramatic shift from its previous policy. However, FERC backtracked a month later following an outcry from fossil fuel groups, and voted to recategorize the new policies as drafts that will only apply to future projects.

The typically under-the-radar regulator continues to be a lightning rod in the fight between environmentalists and industry groups, according to the Washington Post.

Amid these boons and headwinds, here are the statuses of six key pipeline projects across the U.S.

Enbridge’s Ridgeline expansion across the Upper Cumberland region of Tennessee would boost capacity and potentially service a new Tennessee Valley Authority plant. The project entails 117 miles of pipeline, plus an additional 8-mile-long section and an electric-powered compressor. The majority of the route follows the existing East Tennessee Natural Gas line in an effort to minimize impacts to landowners and the environment, according to Enbridge’s project webpage.

The project is in the preliminary stages, and the company held a public meeting for area landowners in the first week of May, according to the Lebanon Democrat. If it moves forward, Enbridge expects construction to begin in 2025 and the line to be in service by 2026. A final investment decision and several permits are necessary before construction can begin, Enbridge said.

Ames, Iowa-based Summit Carbon Solutions wants to build a pipeline to gather carbon dioxide produced by ethanol plants across the Midwest and send it to North Dakota, where it would be stored underground permanently. Summit said the project has the capacity to capture up to 12 million metric tons of carbon dioxide annually, according to the Des Moines Register, which is equal to the yearly carbon emissions of 2.6 million cars. Continental Resources, a petroleum and natural gas exploration and production company owned by North Dakota’s biggest oil driller, committed $250 million to the project earlier this month.

Summit said the project would help extend the viability of ethanol — which a recent National Academy of Sciences study found is at least 24% more carbon-intensive than gasoline — as the U.S. seeks to halve its emissions by 2030. Recent state and federal incentives aimed at carbon capture and the new low-interest loan program Congress passed last year will also likely foster more such projects, such as the 1,200-mile-long pipeline Texas-based Navigator CO2 Ventures is planning in the Midwest.

However, carbon capture pipelines are not without risk. Iowa residents recently flooded Summit with comments, many expressing concern about safety and risk to the environment, the Register reported. CO2 leaks can travel for miles and sicken people, according to E&E News, and the rupture and explosion of a Mississippi CO2 pipeline in 2020 has become a rallying cry for opponents of similar projects.

Houston, Texas-based Tellurian estimated construction on the Driftwood Pipeline expansion could begin later this year and could begin operation by 2023. The project is broken into two phases, Line 200 and Line 300, which run through Calcasieu and Beauregard parishes in southwest Louisiana, according to the company’s website.

Lines 200 and 300 cleared its draft environmental review on May 13. FERC concluded that “project effects would not be significant” and “the project would not result in disproportionately high or adverse impacts on environmental justice communities.”

The Mountain Valley Pipeline stretches from northwest West Virginia to southern Virginia. The project is years behind schedule and its costs have ballooned to $6.6 billion from $3.8 billion, according to AP News. Although the company says the project is 94% complete, in light of lawsuits, protests and other challenges some are questioning whether the pipeline will ever be finished at all, according to the Pittsburgh Post-Gazette.

On April 1, a federal appeals court refused to revisit a ruling that struck down a key permit for the pipeline, the AP News reported. The original three-judge panel also rejected a permit that would have allowed it to pass through a section of the Jefferson National Forest.

Chickahominy Power said that “opposition from outside interests and regulations, largely advanced by the renewable energy industry and state legislators that supported them, made it impossible to deliver natural gas to the site,” according to AP News. FERC in February 2021 had upheld a decision to remove the pipeline from a permitting queue after the company failed to meet milestones for completion.

Bismarck, North Dakota-based WBI Energy proposed a pipeline that would have stretched from the oil patch in the west to the eastern part of the state. However, at the beginning of May it decided not to move forward with the project, saying it was not viable “due to regulatory uncertainty, limited in-state demand and rising construction, labor and land-acquisition costs,” per AP News. That’s despite the state offering tens of millions of dollars in grants to get it built.

However, the company hasn’t entirely eschewed new pipeline construction. WBI Energy recently completed the 100-mile North Bakken Expansion, a $250 million natural gas pipeline, in northwest North Dakota. The company is also planning the 60-mile Wahpeton Expansion, set to begin construction and be in service by 2024, and the 10.8-mile Line Section 7 Expansion, both on-state. In addition, a proposal for a small natural gas project linking Grand Forks, North Dakota, to a nearby Minnesota pipeline appears likely to move forward.

Correction: The Enbridge pipeline carries oil from Edmonton to Superior, not the other direction. 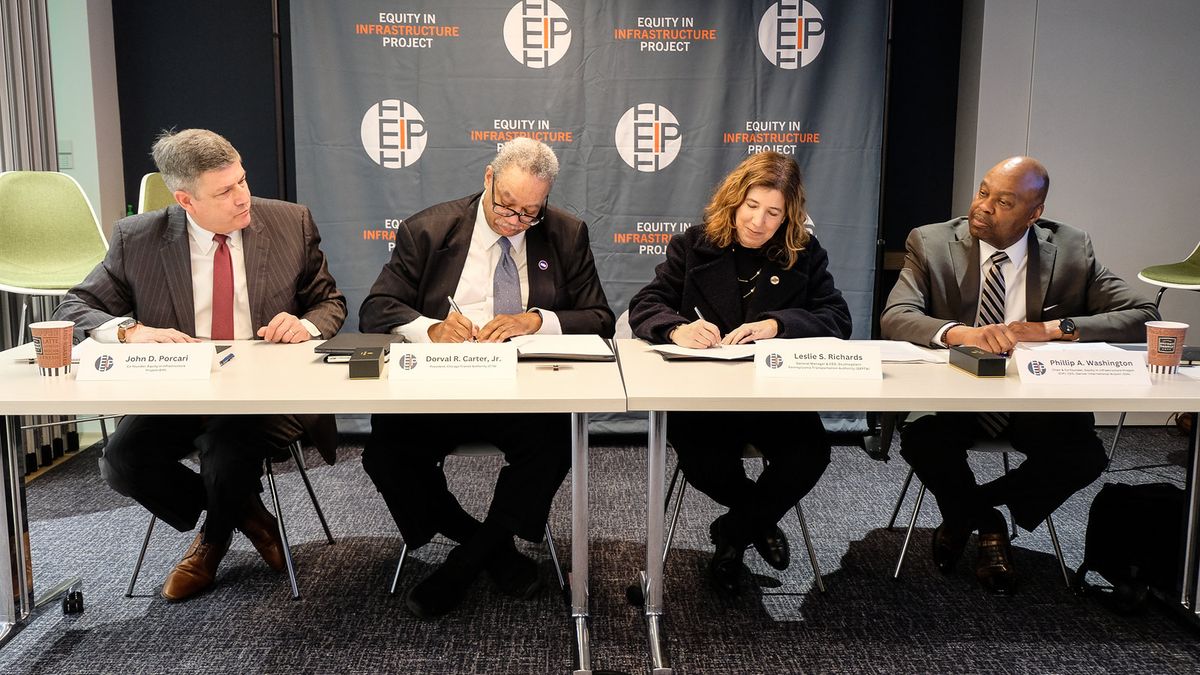