Integrated project delivery: A 'new way of thinking' with potential to revamp the construction industry?

However, one aspect of the building process has recently emerged as one of the most important factors affecting a job's success: project delivery method. The ongoing design-bid-build vs. design-build debate was in the spotlight this week when Santa Clara County, CA, CEO Jeff Smith attributed schedule delays and cost overruns on the Valley Medical Center project largely to the design-bid-build agreement with Turner Construction, which is back on the project after being terminated.

A traditional design-bid-build contract involves the owner hiring an architect to produce a full set of plans and specifications. The owner then solicits bids for the work from general contractors who typically use subcontractor and supplier estimates to assemble their bids to the owner. On the other hand, design-build — the newer method gaining traction in the industry — assigns the contractor the leading role for design and execution on a building project.

Although the delivery method debate has typically been dominated by design-bid-build and design-build, a new method has been creeping into the narrative and demonstrating successful results: integrated project delivery (IPD).

During a session at the International Builders' Show in Las Vegas last week, Magleby Construction Sun Valley Group Manager Layne Thompson discussed his company's success using the IPD method and offered tips for others looking to adopt the new system.

What is integrated project delivery

Those stakeholders in the IPD can form a limited liability company (LLC) or use an American Institute of Architects' IPD agreement to spell out all of the details of the project, and they typically waive liability claims against each other.

IPD agreements aim to create more collaborative projects where all stakeholders can offer their opinions, especially at the early stages of the project. If done successfully, according to Thompson, they can:

Why is change necessary?

Thompson opened his presentation by asking builders in the audience if they knew which U.S. industry is the only one that has failed to increase labor productivity over the last 50 years. The answer: Construction.

There's an opening for scope gaps and misunderstandings in the process

This fact should cause serious concern in the industry, especially during the ongoing labor shortage, Thompson said. As construction companies continue to struggle finding enough qualified labor, they should work on using their current, smaller staffs as efficiently as possible.

In the traditional design-bid-build delivery method, project owners find an architect and map out the design plans. A few months later, the contractor is hired to come on board. "No matter what the relationship and when we come on board as the contractor, there exists this kind of barrier," Thompson said. "This exists because we're not contracting together. Our knowledge set is very different."

As the architect side and contractor side bring in their own teams of consultants and trade partners, "you've got these spider webs of contracts going in all these different directions," Thompson said.

"There's an opening for scope gaps and misunderstandings in the process. This starts a downward spiral where we're actually complicating the project. This happens on a lot of projects," he added.

Finding a way to bring all of the key project participants into the process earlier and in collaboration with each other would create a more efficient work environment and more successful project, according to Thompson. "We need to realign the way these consultants and trade partners work together, rather than being siloed," Thompson said.

We've got to set up a way to listen to these guys. No one knows everything

Oftentimes on projects, trade workers will ask their superiors why they are performing a job a certain way. "They're actually saying that they have ideas," he said. "We've got to set up a way to listen to these guys. No one knows everything."

IPD allows stakeholders to join a project earlier in the process, rather then waiting after all the designs and documents have been completed. This element of IPD is especially valuable, according to Thompson, as the ability to have an impact on a project is diminished the further along it goes.

Therefore, bringing on different parties to offer their opinions at the early stages allows them to have an actual effect on the project, rather than taking the completed designs and starting construction with no say in the plans. This early input can potentially result in fewer change orders down the line.

"The costs of design changes are low at the start, but it costs a whole lot at the end when construction actually starts," Thompson said.

How to implement IPD

Thompson noted that the AIA created an IPD guide back in 2007, but he said it is somewhat abstract. To fill in possible gaps, he offered concrete examples of how companies can implement the new delivery method.

The first, and most important step, is clearly defining a core project purpose, according to Thompson. Once that core purpose is determined, stakeholders should identify objectives that can help reach that goal. Those objectives can range from a certain timetable, to trade goals, to a budget range.

It creates an emotional buy-in to meet key objectives

"If everyone working on the team is driving toward that objective, you'll likely experience more success on that project," he said.

Thompson described a project — Thunder Spring in Sun Valley, ID — as an example of his team successfully using an IPD delivery method. In that case, the developer approached Magleby and said it wanted a different approach to reach the project goals. Magleby then suggested IPD as an alternative way to build the luxury condos.

Starting with just a schematic design outlining the basic shell of the project, Magleby, the architect, and the owner all brought in teams who agreed to work in this new kind of work environment. In what Thompson called a "charrette," all stakeholders assembled together to work out detailed plans, resolve conflicts and map out potential solutions.

"How often do your trade contractors get a vision of what the project will look and feel like before working on it? I'd guess not a lot. By using tools and describing the vision, these guys got really excited about the project and bought into it," he said.

As a result of the charrette, all participants took "a greater ownership in the project," Thompson said. "It creates an emotional buy-in to meet key objectives."

Despite all of the possible benefits of using IPD, Thompson conceded that several obstacles stand in the way of wider implementation of the delivery method.

First, he said, contractors and owners often worry about the legal risks associated with the project. Thompson suggested creating an LLC with the owner, architect and builder that clearly outlines the project purpose and objectives, shared compensation and rewards, and allocation of risk.

It's a new way of thinking. Pushing people to engage early... takes a lot of energy

Thompson also cited the construction industry's aversion to change as a major hurdle to more projects utilizing the method. "There's a lot of inertia in this industry," he said. "It's a new way of thinking. Pushing people to engage early... takes a lot of energy."

During the Construction Management Association of America's National Conference & Trade Show in October, experts said that while IPD offers the benefits of increased collaboration and faster timetables, it also has the potential to force working relationships and blur the lines of responsibility.

Thompson added that "IPD isn't for everyone or every project" and advised construction companies that they shouldn't "push it too hard."

However, he said he believes that project stakeholders should "put [their] faith in the individual, in fellow human beings, in designers and trade contractors. Assume they are going to make the right decision given the right opportunity." 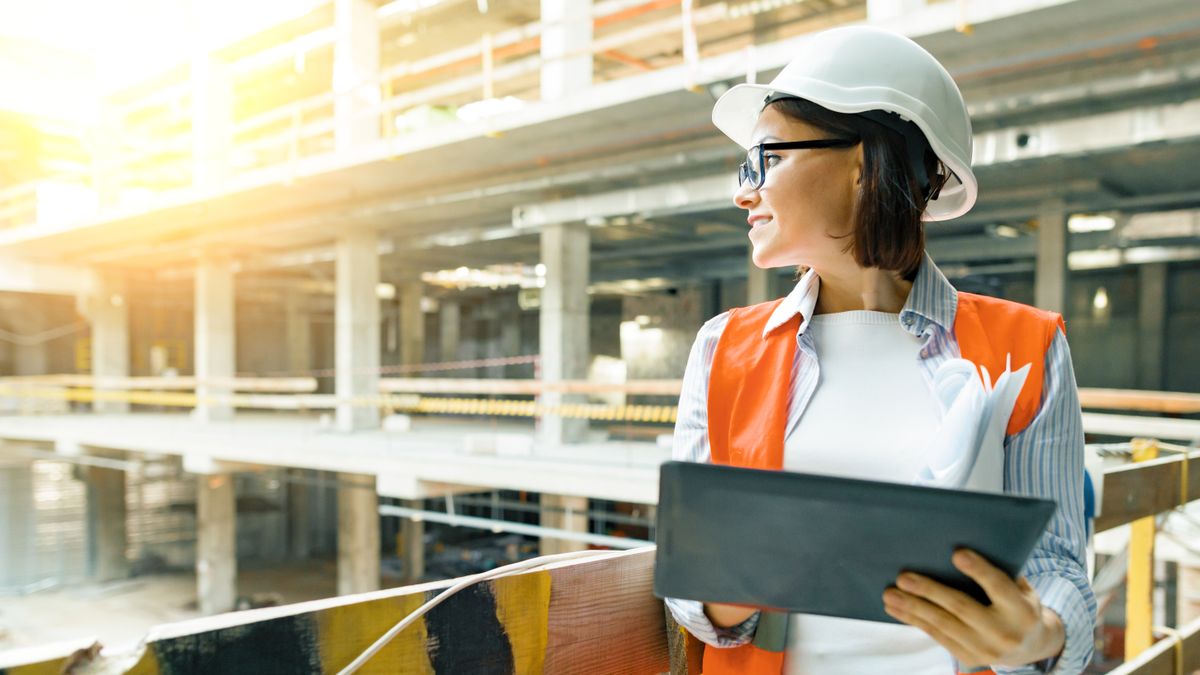 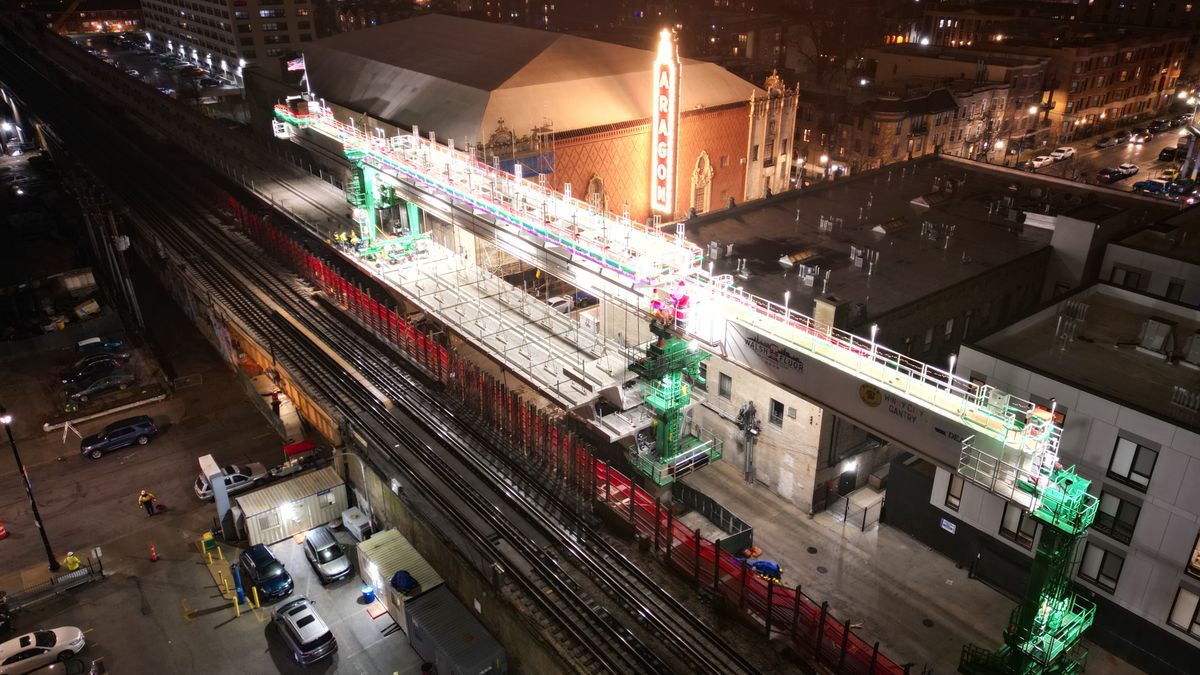