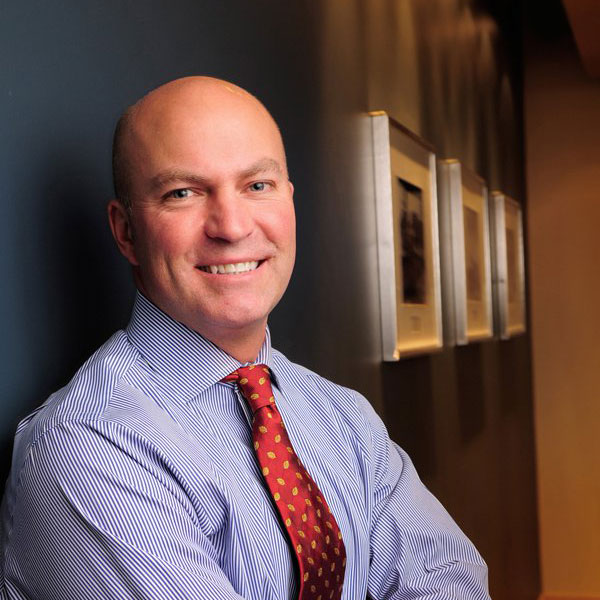 Company on the move:

Mortenson was founded in 1954 and currently has about 5,000 employees. It boasts revenue of $3.8 billion.

Construction may be a "prisoner to bids," but, with any luck, Dan Johnson is working to change that.

The new Mortenson Construction CEO has risen among the company's ranks over the past 30 years as a first-hand witness to Mortenson's — and other construction firms' — shift toward becoming professional services providers.

Johnson helped see the company along its path to becoming a leader in the renewable energy sector and a prominent name among stadium builders.

Construction Dive talked with Johnson about his first year as CEO, the company's development over his career, and what he sees in Mortenson's future.

How is your first year as CEO going?

Johnson: It's been very fun and it's going very well. It's certainly made easier by good economic times and momentum and backlog from prior years.

What has it been like seeing the company change over the past 30 years?

Johnson: When I joined the business and the company in the mid-1980s, the industry was pretty much a competitive bid, blood-and-guts industry. Over time, that [focus] changed to construction management, design-build and integrated project delivery.

What's been the hardest part of your transition to CEO?

Johnson: Letting go. I've had to find myself not being in all the meetings I used to be in and not making all those decisions or being informed about them.

What was most challenging about getting a renewable energy vertical off the ground?

Johnson: We were asked to get involved in wind work before we realized —  or the world realized — what it could be. When a local utility asked us to put up a wind farm, that created a capability, and we recognized the opportunity by applying more resources as that industry grew.

It became apparent that [renewables] were going to be the wave of the future, so we redirected our resources to wind and, subsequently, solar.

In a previous interview with Construction Dive you referred to the renewable energy sector as "the most exciting part" of Mortenson's business. Is that still the case?

Johnson: It is for sure. We see tremendous growth there. All roads lead to renewables for the future of energy in our country.

Mortenson has also made a name for itself in stadium projects. How have those projects impacted your business?

Johnson: They're our most high-profile projects, and they take a tremendous amount of senior leadership. We've built that capability painstakingly and we now have the capability to do multiple sports projects in multiple locations.

What’s next for Mortenson?

Johnson: We're certainly focused on growth. In doing so, we're constantly adding new business lines, services, capabilities and finding new ways to bring value to our customers. That provides opportunity for our team members and allows us to bring people into the organization that have diverse capabilities and backgrounds.

Mortenson expects to expand its use of BIM and virtual design and construction technology to increase savings and decrease the potential for error and re-work.