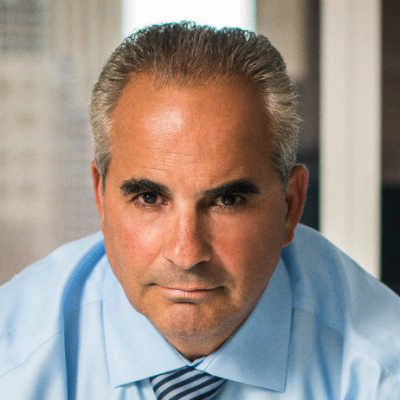 People want to be able to pick up the phone and know that they’re dealing with the top levels of our company. I’ve been happy to be that person.

AECOM’s Construction Services business, of which the building construction division is a part, posted $2.1 billion in revenue in Q3 2018.

Badame graduated with a Bachelor of Science in Civil Engineering from Pennsylvania State University. He worked for several companies, including Anchor Hocking Corp. in Lancaster, Ohio, and Lehigh Structural Steel Co. in Allentown, Pennsylvania, before joining Tishman Construction in 1985.

Jay Badame has spent the majority of his career with Tishman Construction, which AECOM acquired in 2010, and he hopes to stay with the company until he retires. He steadily ascended up the ladder after joining Tishman in 1985 and today oversees 3,000 people coast to coast as president of AECOM’s Building Construction division, which encompasses AECOM Tishman and AECOM Hunt. (AECOM acquired Hunt in 2014.)

Under his direction, the division has landed major commercial projects, including Hudson Yards, One Vanderbilt, the World Trade Center and various stadiums. Badame attributes some of that project success to Dan Tishman’s good name in the business, but also to strong leadership and communication skills. “This is a relationship business,” Badame said. “People want to be able to pick up the phone and know that they’re dealing with the top levels of our company. I’ve been happy to be that person.”

Another part of landing mega projects comes down to knowing when to make strategic partnerships. The Los Angeles Rams stadium, for example, is a joint venture between AECOM and Turner Construction. Badame says 80% of the stadiums comparable to what the Rams were looking for were built by either Hunt or Turner. “When the Rams project came about I spoke to my counterpart at Turner and we agreed to put together a joint venture,” he recalled. “It was an intense selection process and competitively won. The Rams understood the value of combining the resources of both the AECOM Hunt talent and the Turner Construction talent.”

Technology is playing an increasing role across all aspects of construction, including at AECOM. The company has a virtual reality department that stemmed from the firm’s involvement in the World Trade Center site rebuild. “By the virtue of the amount of real estate in that sacred 16-acre parcel in lower Manhattan it became overwhelming for things to be done on paper,” Badame said. The team went virtual for that project and the company since has adopted it corporately on all of its projects.

Badame explains how technology is more than just virtual reality, BIM or clash detection. “It’s building the building with the architect from the early stages such that our subcontractors who were bidding projects with us and for us have an absolute understanding of what the building is. It takes a lot of guesswork out of the process and has been a vital tool.”

With double digit growth and $4.5 billion of new wins in the pipeline, recruiting and retaining top talent is always on Badame’s mind. “We’re all starved for talent, especially in the areas of MEP, project managers and superintendents,” he said. “There’s a feeding frenzy when that level of talent becomes available.” In an effort to recruit some of that talent to AECOM, he believes in incentivizing employees and making them partners as well. “They don’t just get a paycheck,” Badame said. “They profit financially on the upside if a project goes extremely well. It gives them a reason to stay.”

Badame takes a multi-faceted view of success. “For me personally, success is to win work, to manage work, to execute work, to incentivize employees and have owners call us and recommend us for the next project,” he said. “That’s always the success. Getting the next job. Having repeat clients. Having a dedicated staff of employees who are loyal and want to stay for the duration of their careers. If I don’t have any of those then I cannot succeed.”