The goal of owning and controlling the land where someone lives is a basic human desire. Some dream to own massive amounts of acreage, while others are content with just a small amount of space for the family or for a garden. Regardless of which category one falls into, all property owners have basic rights, including those that prevent a third party from taking that land without due process.

It's the human connection to land that makes the issue of eminent domain such a personal issue for many people, and the push to develop high-speed rail is the latest battleground pitting developers against landowners.

The facts of eminent domain

One could stack the books written on eminent domain a mile high, but, in a nutshell, it is the right to take private property for public use and requires that owners be compensated for their land.

"For any taking, you have to have a public necessity, and that involves three questions," said Michael Rubin, partner at Rutan & Tucker in Orange County, CA. Those questions are:

The presumption in many states, Rubin said, is that however the public entity — absent fraud, corruption or wrongdoing — answers these questions is the final word. After that, it's a matter of coming to an agreement on terms for the acquisition.

In California, someone whose property is being acquired via eminent domain is entitled to its fair value, although that can represent a range of figures depending on which appraiser the public entity uses. That's not to imply anything untoward is happening in the process. Property appraisal is, in the end, a subjective assessment of all the property's many components, and different appraisers can end up with different, defensible values.

"Public agencies are seldom there to take advantage, but they don't want to pay more than what's fair and proper," Rubin said. "They're not going to go out and hire an appraiser that has a reputation for coming up with inflated values."

The path to gathering up all the land required for these projects is no easy task, either. The California High Speed Rail Authority's bullet train from Northern to Southern California has suffered delays, and some of those are reportedly attributable to the inability of the Authority to secure the necessary property.

While some could be holding out for a bigger payday, there are landowners who don't want to sell for very different reasons.

Donovan Maretick, who currently works in Houston's oil and gas industry, said he saved for 30 years to buy a piece of land and ended up with a 24-acre parcel in Waller, TX, close enough to work and the other services Houston offers but far enough away from the big city so that he and his family could enjoy the peace and quiet of country living.

About a year after Maretick purchased the land, however, he said a Texas Central Partners representative showed up with a brochure about its proposed $12 billion Houston-to-Dallas high-speed rail and a request to do a survey of the property.

A Texas Central spokesperson said the planned bullet train would cut the 240-mile trip between the two cities to 90 minutes and create 10,000 construction jobs during each year of construction and 1,000 permanent, direct jobs when complete. In addition, rail officials said they will take no federal grants to fund the project.

At first, Maretick said, he was receptive but then changed his mind after speaking with a neighbor and conducting his own research. "The survey allowed them to do way more than other entities were allowed to do on a survey," he said.

According to Texas Central, more than 3,000 families and businesses have voluntarily signed letters giving surveyors access to their property as part of the necessary environmental assessment. A company spokesperson added that more than 30% of the land parcels needed for the project are under some form of voluntary option agreement.

However, Maretick balked at allowing Texas Central onto his land to perform the survey. The company wants 4 acres of his land, but a high-speed train running through his property, he said, would drive the value down and make it almost impossible to sell.

"Property is deeply personal for each of us," a Texas Central spokesperson told Construction Dive. "As such, each conversation we have with landowners is respectful and a reflection of the unique situation." The company said it goes to great lengths to deal fairly with each property owner.

After many refusals, Maretick said he received a letter from Texas Central over the 2016 Fourth of July holiday that said if he didn’t sign the survey authorization, the group would take him to court.

Maretick and other landowners pushed back against Texas Central, got state lawmakers involved, and now there are currently 18 bills on the table that would regulate or possibly even restrict Texas Central's ability to move forward with the project under its current strategy.

The powerhouse, however, is a bill that would prevent surveyors for Texas Central from entering and marking anyone's property for the high-speed rail unless the Texas Department of Transportation declares Texas Central a railroad company.

Along the way, Texas Central dropped more than a dozen lawsuits it filed against resistant landowners, opting to renegotiate, the company said.

However, the eminent domain discussion is key to some landowners' assertions that Texas Central is not a true railroad company and, therefore, not entitled to acquire property that way.

"Texas Central and its representatives [claim] they have eminent domain authority but have failed to prove it like all other true eminent-domain entities, such as transmission lines, which provide you with documented proof stating they were granted eminent domain and by what entity," Maretick said.

Texas Central, however, maintains that it is not required under Texas law to provide proof of eminent domain authority when dealing with landowners, and, Neal Suit, partner at Carrington, Coleman, Sloman & Blumenthal in Dallas, told Construction Dive that he's not aware of any formal process by which a company like Texas Central would receive a formal designation of condemning authority.

​​Texas Central also has a different take on the issue of eminent domain authority for a private entity such as itself. "There are currently hundreds of private companies with eminent domain authority in Texas, including dozens of private railroad companies, according to a list maintained by the state comptroller," a company spokesperson said. "Without this authority, we would not have the infrastructure that our communities demand, like high-speed internet, air conditioning and other goods delivered by vehicles powered by the [fuel delivered by pipeline companies]."

The impact of the courts' decision

So is Texas Central a railroad company that can grab land via eminent domain?

"That's the legal question that courts are deciding right now," Suit said. "The threshold question is whether a private company qualifies as a railroad company, giving it the same eminent domain authority as a railroad." A Harris County judge granted a default summary judgment in December deeming it a railroad when the defendant failed to appear, but questions as to that status remain.

It's not only an issue for Texas, though, according to Suit. The nation is waiting to see if this is a viable model for other own high-speed rail plans. "It's the guinea pig [that] others are looking to," he said.

Courts are routinely asked to interpret legislative intent, Suit said, but if the legislature decides to weigh in with its own new legislation — just like lawmakers are attempting to do with their multiple high-speed rail-related bills — that can provide guidance and eliminate ambiguity.

If all eminent domain issues are resolved, however, then the issue could be if landowners are receiving fair compensation for their property. "It's going to create a whole new rulebook," Suit said.

Of course, after that would come the questions about the rules of operating the high-speed rail itself. "As with most large projects," he said, "the devil is in the details." 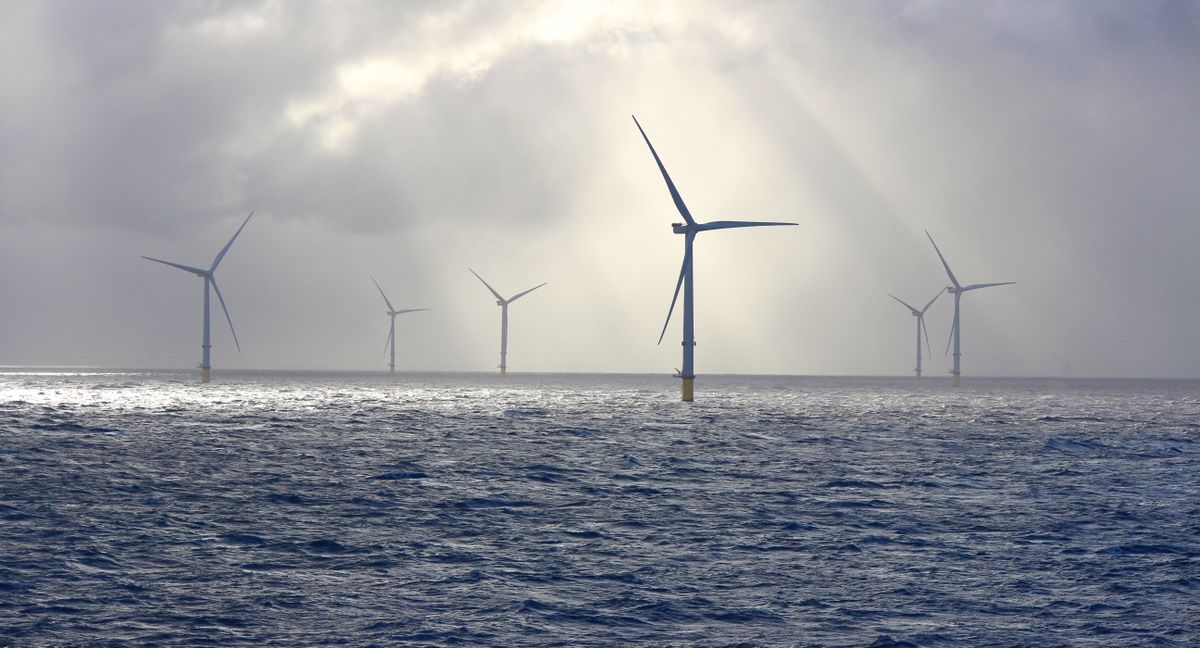 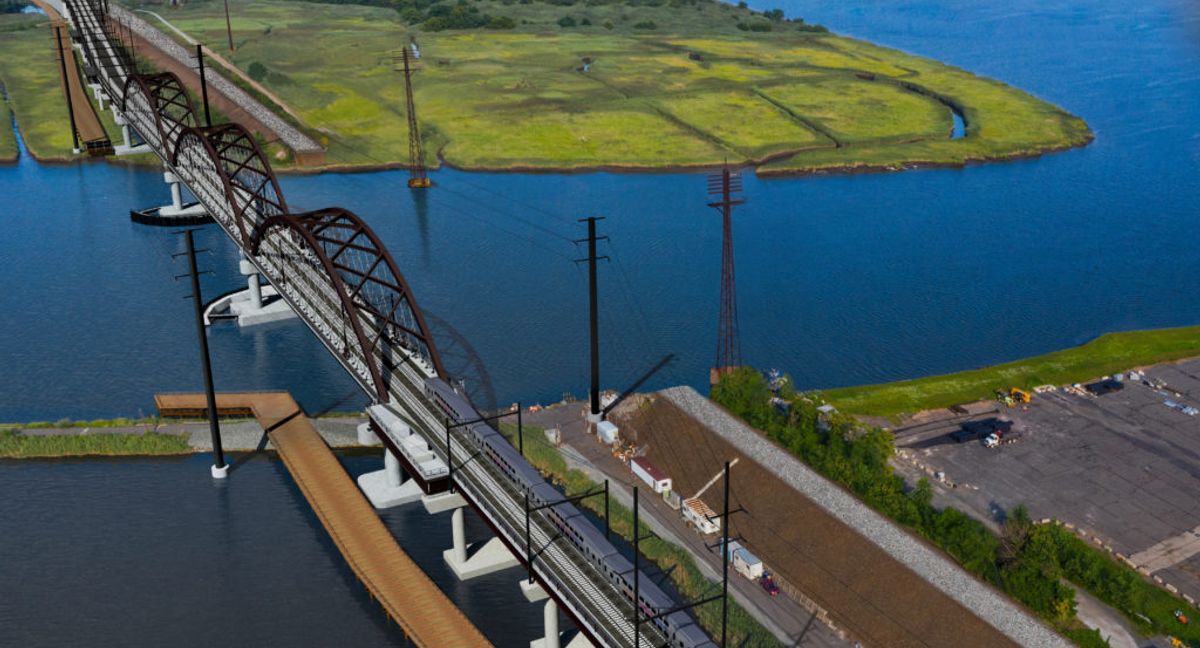 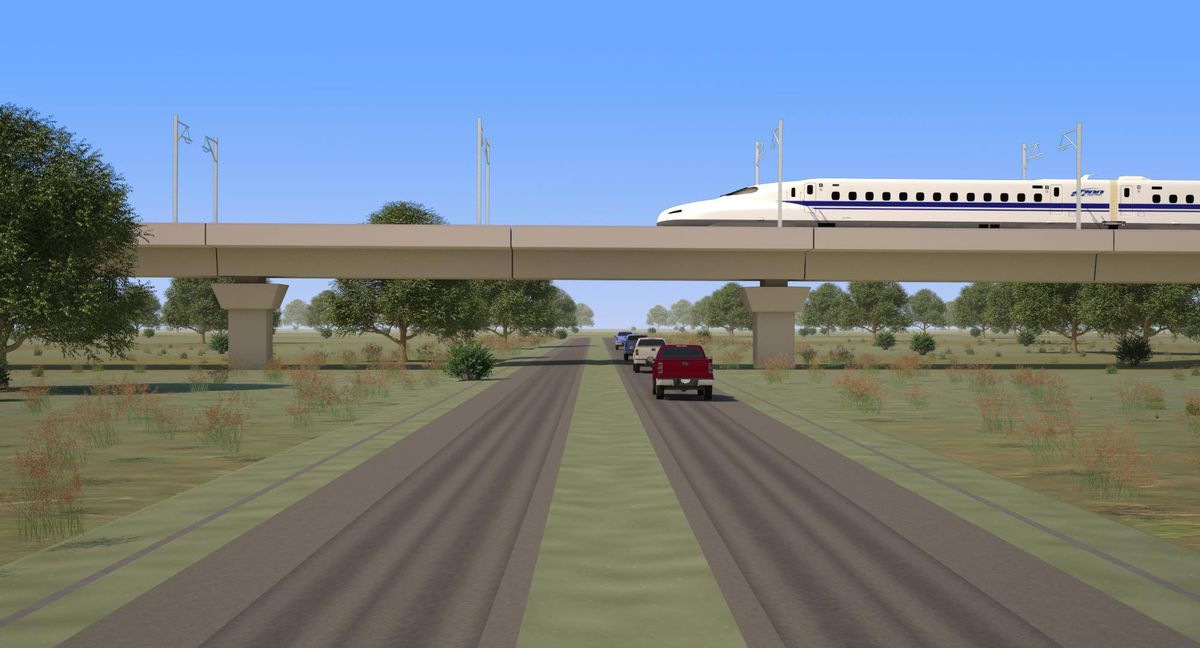