Nonbuilding construction starts fell 36% in August to a seasonally adjusted annual rate of $278.8 billion. But if the two multi-million dollar LNG projects were excluded from July’s figures, August’s nonbuilding starts would have increased 27%, according to the report. 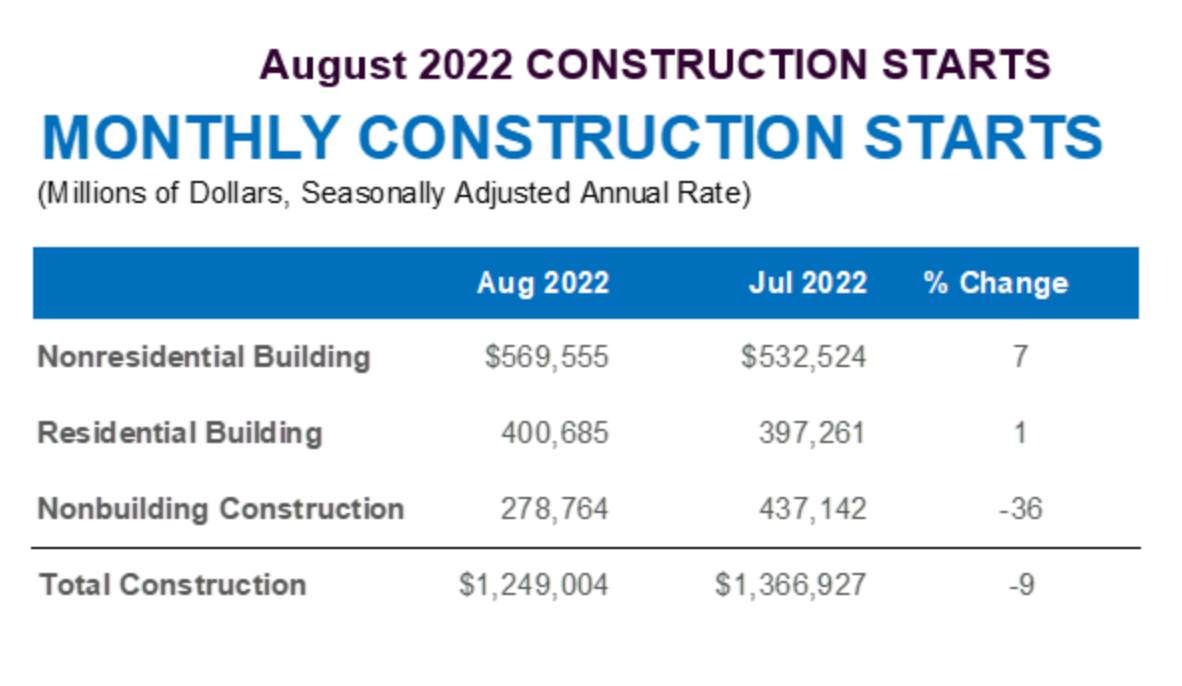 That shows strength outside of the high valuation projects, said Branch.

“While construction starts activity continues to be dominated by mega-projects like chip fabrication plants, the middle and lower end of the value spectrum is holding up well,” said Branch. “This is a sign that organic growth in the construction sector has not yet been undermined by the concern of a potential recession in 2023.” 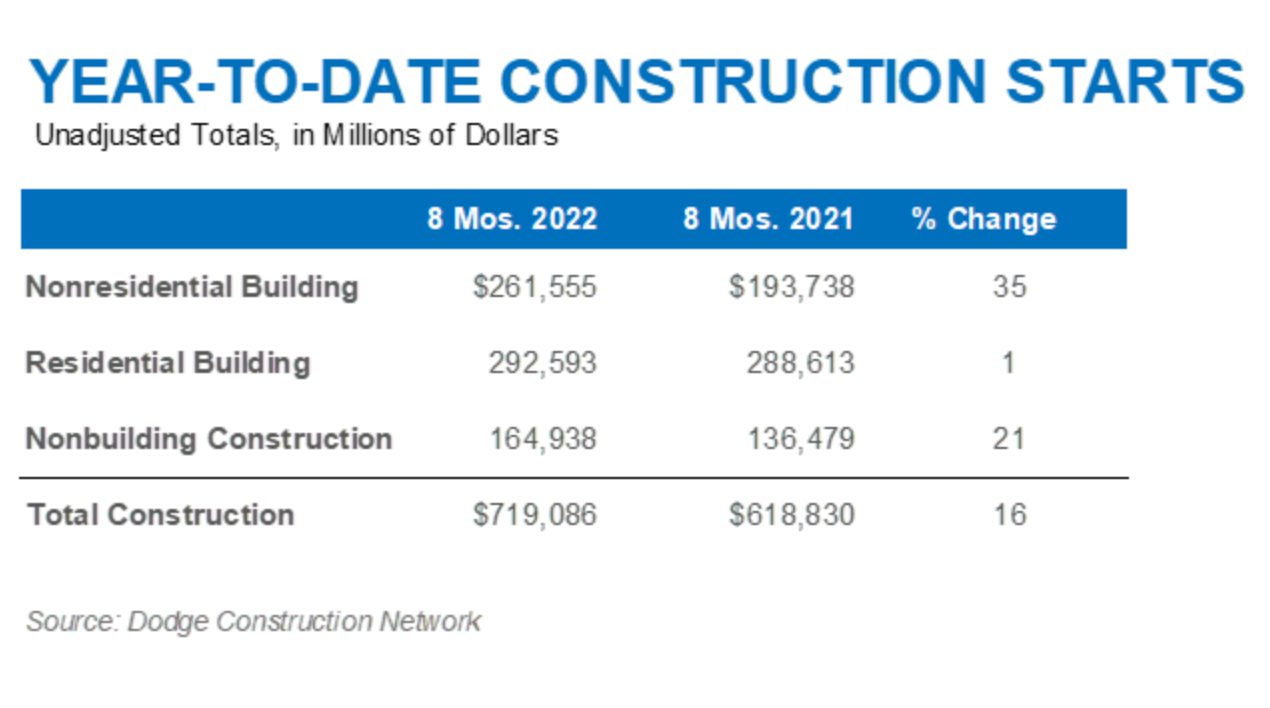 The largest nonresidential projects to break ground in August include the $9.5 billion New Terminal One at JFK Airport in Queens, New York City; the $8.5 billion Samsung chip plant in Taylor, Texas and the $1.1 billion Gaylord Pacific Hotel and Convention Center in Chula Vista, California.

Total construction starts increased in August in the Northeast, South Atlantic and West, but dropped in the Midwest and South Central regions.