Contractors face uncertainty in US trade war with China

U.S. tariffs on Chinese imports have had a negative impact on some sectors of the economy, but "I can't yet document the extent” of how they are affecting commercial construction, Ken Simonson, chief economist for the Associated General Contractors of America, told Construction Dive.

After the steel and aluminum tariffs went into effect last year, producer prices went up sharply but have since leveled out, Simonson said. Eventually, though, the pipeline of material that was already on the market when tariffs were implemented will dry up and contractors will need to purchase new materials subject to the new rates, he added.

In March 2018, the U.S. imposed global duties on steel (25%) and aluminum (10%), with President Donald Trump’s administration claiming the action would keep China and other countries from “dumping” these materials into the U.S. at below-market prices. China filed a complaint with the World Trade Organization arguing that the tariffs violated international trade law, but the president said he had the right to protect the country’s economy and declared the tariffs necessary for the security of the U.S.

Soon after, the European Union and other countries responded with tariffs on U.S. imports as well.

The Trump administration then offered “targeted relief” to South Korea, Argentina and Brazil in August of last year, and recently lifted the steel and aluminum tariffs on Mexico and Canada. In the meantime, U.S. steel producers have reported boosts in business.

But in July 2018, the president, reportedly intent on achieving a more favorable balance of trade with China and forcing the country to crack down on intellectual property theft, imposed additional tariffs on an estimated $50 billion of Chinese goods.

When the administration determined that tariffs encompassing $50 billion worth of goods wasn’t enough to persuade China to adjust its policies, the White House expanded the list of goods subject to tariffs — 10% to 25% currently — to $250 billion worth of products.

The president since threatened yet another round of duties — this one worth $300 billion — which, according to attorney Mark Ludwikowski, head of Washington, D.C., law firm Clark Hill PLC’s international trade practice, in Washington, D.C., represents pretty much everything that China ships to the U.S.

Trump then rescinded that proposal after meeting with Chinese President Xi Jinping on the sidelines of the Group of 20 summit in Osaka, Japan in late June, telling NPR that the administration would restart trade talks with China. For its part, China reportedly agreed to increase its purchases of U.S. agricultural products. Nevertheless, the U.S. is still charging 25% tariffs on $250 billion worth of Chinese products and China is taxing imports from the U.S.

If Trump were to move forward with the additional tariffs, as he had said he might do before the summer is out, then contractors can expect more Chinese goods — e.g., chain saws, tower cranes, boilers, oil and gas pipeline tubes, work boots and tarpaulins — will cost more.

There’s no doubt that tariffs increase prices, but in terms of how significant the impact been on the U.S. construction industry, it seems the effect cannot be quantified just yet.

Nevertheless, material prices had been on an upward march before the tariffs were implemented. In addition, according to an Archinect review published not too long after the tariffs went into effect, the average high-rise using steel as just one component would suffer only a 1% cost increase as a result of the 25% levy.

But it’s that pesky unknown about what’s to come that is probably impacting the construction industry more than the tariffs in some cases. “Sometimes just the threat of an increase,” Simonson said,” is enough to cause a surge in demand trying to beat the actual price increase.”

In New York City, Brian Fanning, a partner at architecture and design firm FXCollaborative, said tariffs are just one more pressure that is driving construction costs up, but he can’t be sure how much is attributable to “real numbers” or to the uncertainty.

And then there are contractors who aren’t that concerned about the tariffs right now. It could be, said Peter Dyga, president and CEO of the Associated Builders and Contractors Florida East Coast Chapter, because those contractors are experiencing a construction boom in their respective geographic areas and have it so good right now that all the counterbalancing aspects of a thriving market are insulating them to a degree.

One of those counterbalances is likely that no contractor or developer has had to bear the full cost of the tariffs alone, as the pain has been spread up and down the supply chain so far.

“Suppliers face that … business decision,” Simonson said. “Are they going to push back against the exporter — the company in China — and say, ‘Look, our customers can't take this kind of hit, and I'm just a an intermediary. I certainly don't have the wherewithal to absorb this. You’ve got to cut your prices or my customers are going to go buy somewhere else."

Working around the tariffs

What is for sure, Fanning said, is that the subject of tariffs seem to come up more and more during project planning discussions, and those owners and contractors are exploring their options so as not to get pigeonholed, with Chinese-made goods as their only option.

This can mean, he said, sourcing material domestically or from another country or implementing some kind of redesign that makes the product from China unnecessary, or at least reduces the need for it somewhat.

Simonson said, for example, he knows of one case where a piling contractor in the San Francisco Bay Area switched from using steel piles to reinforced concrete piles. The switch didn’t eliminate the contractor’s need to use tariff-laden steel but reduced the volume and, therefore, the total bill.

However, there’s one area where contractors could feel the sting if they turn to sources other than China in their search for an alternate supplier, and that is the lack of capacity that these non-Chinese manufacturers have when compared to China.

“China has the scale,” Ludwikowski said. “China has the efficiencies. They can [produce] more cost-effectively, and they have the equipment.” China can’t be beat when it comes to production, and buyers aren’t likely to find a manufacturer right away that can meet high-volume needs, at least for some time.

If contractors and developers run into a problem with supply and truly can’t find the product they need in any place other than China, there is a chance that they could get an exclusion from the tariff, Ludwikowski said.

The way it works, he said, is that if a buyer can prove that the designated product is not available in the U.S. — and won’t be in the near future — and that the machinery to produce that material or piece of equipment is not and won’t be available either, then the chances of winning an exclusion increase.

This is an argument, Ludwikowski said, that has resonated with the administration.

The exclusion process, however, got some bad press in the early days of the steel and aluminum tariffs when it proved difficult for some companies to secure one.

Some sectors, like manufacturing and agriculture — especially soybean growers — have been hit hard by the trade war, Simonson said, and the effects on those industries could eventually trickle down to contractors if they choose to limit investments in new facilities. This, of course, would mean fewer construction projects.

And the general relationship between China and the U.S. could also have a chilling effect on construction.

“Some of the large, significant projects we're looking at have Chinese-based clients, and some of them have Chinese investors,” Fanning said. "So if there's a downturn in trade in general, it might have a domino effect, [which means they could be] dropping investments in U.S. real estate. That could make all those projects harder to push ahead.”

But for now it’s a game of wait and see that will hopefully favor U.S. contractors. 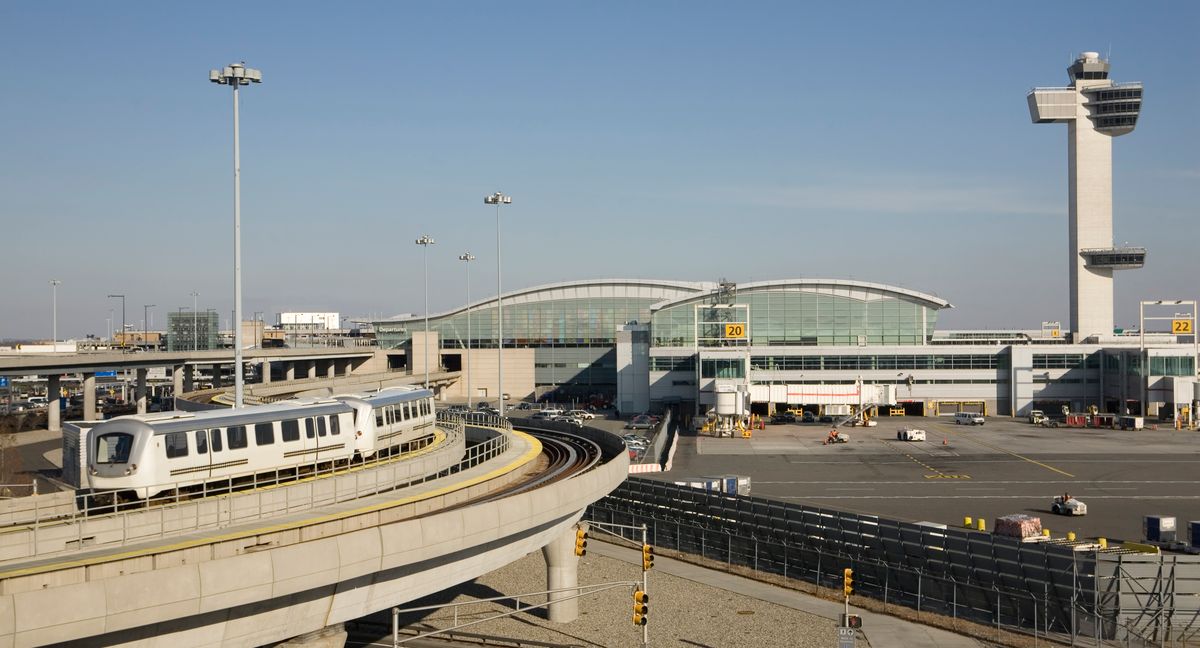 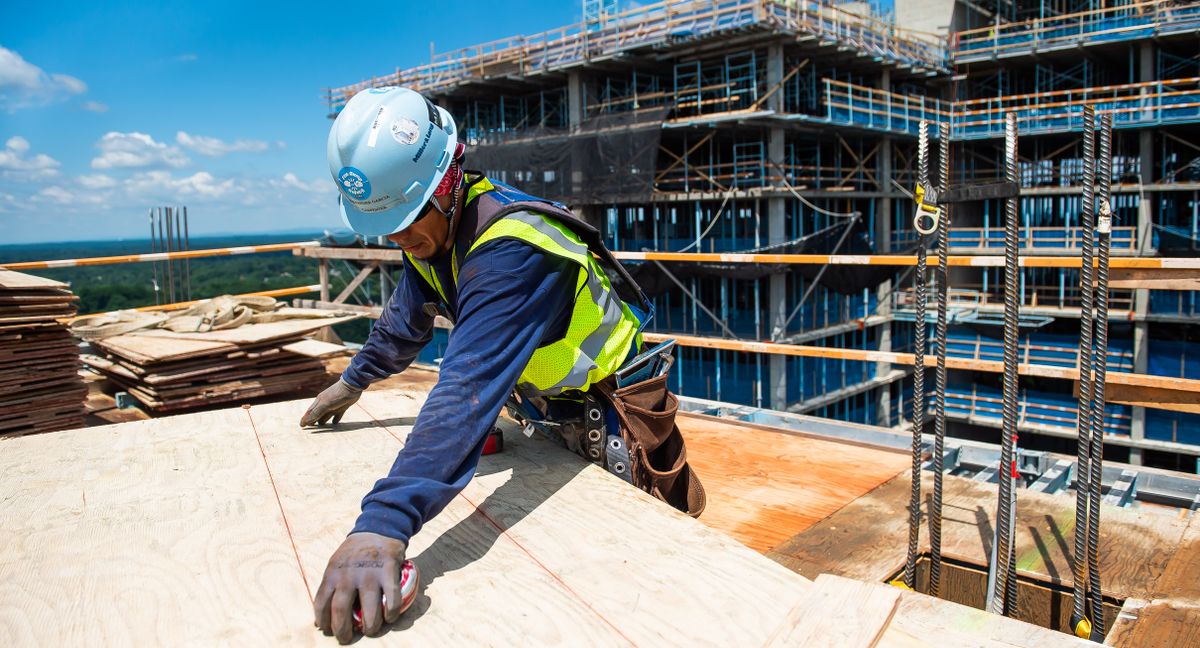