Construction Inclusion Week: Why 6 top CEOs are drawing a line on hate

Set for Oct. 18-22, the initiative is aimed at helping contractors 'move the needle' on diversity and equity on jobsites.

If you're a construction worker and you like to hang up nooses at work, write racist or sexist graffiti in the bathrooms or post hate speech on your social media account, take this as your two weeks' notice: You need to start looking for a new career.

That's the message and united front that six leading construction CEOs are putting out to the more than 200,000 workers whose paychecks they collectively sign off on, leading up to the inaugural Construction Inclusion Week, which kicks off Oct. 18.

The move comes in the wake of more than 20 hate acts on jobsites across North America over the last 18 months, including multiple nooses placed in work areas and racist graffiti scrawled in restrooms.

"Everybody has a choice," said Dan Johnson, CEO of Minneapolis-based M.A. Mortenson. "We've made a choice that we're going to be diverse and inclusive and to embrace equity. If you don't want to do that, you don't have to work here."

These six CEOs told Construction Dive their firms are spearheading the initiative now to change perception of the industry, make construction sites a better place to work for everyone who wants to be on them and increase diversity, equity and inclusion within the building professions. They also want to send a clear message to the haters that they are not welcome onsite anymore – something they're already doing.

"Now we have an opportunity to do the right thing." 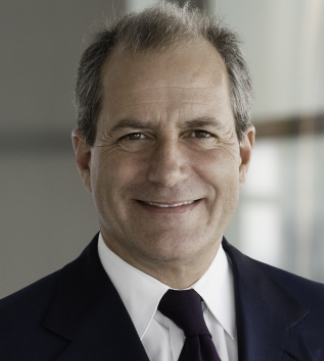 "We're terminating subcontractors, and putting them in default when they don't support our efforts to determine who's responsible for hateful acts," said Peter Davoren, the outspoken CEO of New York-based Turner.

Turner was at the forefront of confronting hate in the industry last year. It shut down jobsites where nooses or racist graffiti appeared, and inserted language into its contracts to hold subcontractors accountable for exclusionary behavior onsite.

Examples include a drywall subcontractor at a Seattle construction site and steel workers at a Denver International Airport job where nooses were found, whom Turner fired when it didn't get the level of cooperation from the companies that it wanted.

"We've made a choice that we're going to be diverse and inclusive and to embrace equity. If you don't want to do that, you don't have to work here." 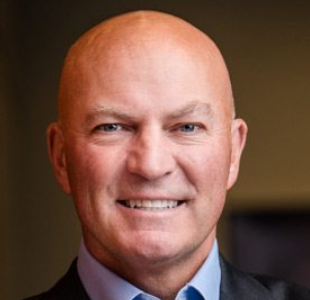 Similarly, Gilbane CEO Mike McKelvy said he has fired several workers who included both racist material, and their association with Gilbane, on their social media accounts.

"We weren't going out and searching people's Facebook pages," McKelvy said. "But somebody who knows our company's culture would see a post, and that they worked for Gilbane, and they would reach out to us to say, 'I don't think this is representative of who you are as a company.'"

Why they're doing it

While Construction Inclusion Week's objectives may sound lofty, the founders see the initiative’s success – or failure – as an existential battle for the hearts and minds of the workers who fuel the industry.

"This is mission critical," Johnson said. "We cannot attain the goals we have for our company, or our industry, unless we embrace diversity, equity and inclusion. The demographics are changing, and if we only recruit and retain people from a shrinking sliver of the population, that's not sustainable."

"If you really want to increase an inclusive mindset on our job sites, we have to be able to talk about 'What are those things that are stopping it?'"

Indeed, workers in the construction industry are 88.6% White, compared to 78% in the general workforce. Against that backdrop, these six companies taking it upon themselves to promote diversity and inclusion highlights the bigger challenges construction faces as it struggles to bring jobsites into the 21st century.

"All of us that have been in the industry for a long time realize the reputation and the perception of the construction general contractor has never been good," said Davoren, who feels the "caste system" of jobsites – where various workers are placed in a hierarchy above others, with management above everyone – has contributed to an exclusionary environment in the industry. "Now we have an opportunity to do the right thing."

In addition to taking part in Associated General Contractors of America's Culture of CARE inclusion initiative, the companies decided to tackle the issue of inclusion and diversity head on as well, the CEOs said, because they are too important to pass off to someone else.

"If we had to stand by and wait for an association to create policy, it's not going to work," Davoren said. "The only way we're going to get critical traction is to do it on our own."

That said, both AGC and Associated Builders and Contractors are participating in Construction Inclusion Week.

"We want to be able to foster a better environment, so we don't have these incidents occurring in the industry. That's our goal going forward."

McKelvy said the group hopes its heft within the industry makes others take notice. "As a founding group of companies, we have a little bit of gravitas," McKelvy said. "We might be able to step out there and say, 'This makes a big difference.'"

Or as Davoren put it, "With the whole group, it's hundreds of thousands of construction workers. Now you're moving the needle."

The legacy of George Floyd

The initiative started as a conversation between Turner and Gilbane about best practices for addressing the social upheaval in the wake of George Floyd's murder in 2020. Soon after, as nooses and offensive graffiti on jobsites gained media attention, the issue of confronting hate within the industry became paramount.

That duo of construction muscle soon mushroomed into six firms, as Mortenson, DPR, McCarthy and Clark signed on, leading to the formation of the Time for Change consortium in the summer of 2020.

"Through that dialogue, it morphed into we really ought to have a week where we get the industry together to have these uncomfortable conversations," McKelvy said.

The firms, chaired by Gilbane and co-chaired by DPR, have poured resources into the initiative, including a website complete with sample tool talks, videos, calls to action in both English and Spanish and a full-court public relations campaign. The effort is being funded, at least initially, by the companies themselves, without outside sponsorship.

More than 1,000 other firms have already directly signed on to take part, and Turner said more than 10,000 of its partner companies will be participating in its site-wide inclusion stand-downs, which will focus on different areas each day of Construction Inclusion Week:

The initiative is modeled after the industry's annual Safety Week, which has been credited, in part, for improving construction's safety record to the point where nonfatal injuries resulting in lost days from work decreased 48% between 2003 and 2019. The CEOs say they would like to see similar measurable outcomes on inclusion.

"The more people we reach, it's got to start impacting the metrics in our industry."

"We've all seen the success of Safety Week, and where safety was in the industry and where it's at today," said Robert Moser, CEO of Bethesda, Maryland-based Clark Construction. "It's had a transformational impact, where safety isn't somebody else's job. It's a core value for everyone. That's our goal for inclusion, too."

Currently, just 6% of construction workers are Black, half of the 12.1% of the overall workforce. Asians make up 2%, compared to 6.4% in general employment, while women account for 10.9%, even though they are 46.8% of all workers nationally. Hispanic or Latino workers, which is a measure of ethnicity and not race, represent 30% of construction workers, versus 17.6% for all occupations.

"We know what the demographics are in our industry," said McKelvy. "I don't have any false pretenses that our one little week a year is going to make a huge, immediate impact. But certainly the more people we reach, it's got to start impacting the metrics in our industry."

Turner is doing an internal equity audit, which it says it will publish next year. Thus far, it has tracked its own recruitment efforts at colleges. The company said 10% of its new recruits were Black during the 2019-2020 school year, a percentage that rose to 18% this year as it increased recruiting efforts at historically Black institutions.

"Safety Week has had a transformational impact, where safety isn't somebody else's job. It's a core value for everyone. That's our goal for inclusion, too."

"We're also looking at the different gaps in pay and compensation between men and women, and the gaps in pay between Blacks and Whites," said Davoren. "They're difficult numbers to look at, but our goal is to find the gaps in equity, and then close that gap and show improvement year after year."

At McCarthy, CEO Ray Sedey said another measurable outcome would be a decrease in the number of hateful actions on jobsites.

"We want to be able to foster a better environment, so we don't have these incidents occurring in the industry," Sedey said. "That's our goal going forward."

Another metric will be overall industry participation.

"If you really want to increase an inclusive mindset on our job sites, we have to be able to talk about ‘What are those things that are stopping it?’" said George Pfeffer, president and management committee chair at Redwood City, California-based DPR Construction. "I think this first year, it's about how many people are interested in getting involved and doing that. Let's remember, this is an industry today that is the result of thousands of years of history. We know it's a journey and we can't change it overnight. But I sure as heck would love to see in three years, five years, ten years, a lot more diversity in our industry across the board."

View all | Post a press release
Touchplan Announces new Integration with Autodesk Construction Cloud
From Touchplan
Corecon Technologies Announces DocuSign eSignature Integration with its Cloud-Based Construct…
From Corecon Technologies
SPARK Business Works acquires digital marketing firm Convergent1
From SPARK Business Works
Fintech leader Builders Capital brings innovative software platform to borrowers through BIMQu…
From Builders Capital
Editors' picks
Latest in Commercial Building
© 2022 Industry Dive. All rights reserved. | View our other publications | Privacy policy | Terms of use | Take down policy.
We use cookies to optimize your experience on our website and for analytics and advertising purposes. By continuing to use our site, you agree to our cookie policy. Learn more
Accept