Public projects in New York and across the country that were rolled out with lightning speed during the pandemic provide a potential roadmap for how to kick off Biden's Build Back Better campaign.

When New York City Department of Design and Construction Commissioner Lorraine Grillo unveiled the city’s first COVID-19 Center of Excellence in early December, a new 22,000-square-foot medical facility in the Bronx with 40 exam rooms that it built for the city’s public hospital system, it didn’t come a moment too soon.

The epicenter of the COVID-19 outbreak in the United States this spring, the city’s numbers were beginning to climb again as cases surged across the country in the coronavirus’s relentless second wave.

“The DDC team was able to cut at least a year off construction time for this very important project, which will bring healthcare services to people in the Bronx who are recovering from COVID,” Grillo said in a news release commemorating the opening. “DDC remains prepared to take on whatever construction the city needs to get through the pandemic.”

But while the Center of Excellence now serves as a new front line for fighting COVID-19, it is also just one component of a blistering building campaign that DDC has engaged in since the start of the outbreak. Since March, the department has:

It also has completed another Center of Excellence in Queens, which is currently being outfitted with medical equipment, while a third center in Brooklyn remains under construction.

The department’s breakneck building pace was made possible, according to Ian Michaels, DDC’s executive director of public information, by the less restrictive contracting rules allowed under the state of emergency declaration signed by New York Gov. Andrew Cuomo in March.

It also provides an example, along with other expedited public projects during the pandemic, such as the Army Corps of Engineers’ alternate care facilities, of how public projects can get done quickly, just as President-Elect Joe Biden prepares to take office and kick off his multitrillion dollar Build Back Better infrastructure push, which encompasses everything from traditional roads and bridges projects to broadband, clean energy and K-12 school construction.

“There’s a great story to tell here about how public agencies can get work done faster and more efficiently when they’re relieved of the layers and layers of government oversight that bog down every project,” said Michaels, who noted that the Bronx Center was delivered for $26.1 million, below its $27.6 million budget.

For example, whereas New York City would traditionally engage in a design-bid-build process for its Centers of Excellence within a lowest bidder framework, with the emergency declaration it was able to hire Providence, Rhode Island-based Gilbane Building Co. under a construction management contract to run the projects for it.

“We were able to do a quick RFP literally within a few days,” Michaels said. “We never had permission before to use a construction management firm in that way.”

That’s a night-and-day difference to the traditional lowest bidder system the department would normally have to use.

“Under lowest bidder, what it’s really saying is, come in and meet our lowest standards,” said Nick Mendoza, chief contracting office at DDC. “It says if you tick all the boxes and bid the lowest price, you get the job. We’re forced to go with that low bid contractor, even if we don’t feel like they’re necessarily the best suited contractor for the job.”

Instead, under the construction management framework, DDC was able to look at past performance on similar projects, talk to references and make decisions based on those outcomes, much as a private owner or developer might, a process Mendoza describes as “best value construction.” That helped DDC avoid the bane of the lowest bid system – an enticing upfront price that becomes bloated with change orders down the line.

“You might get a contractor who submits low bids all the time, and then change-orders the agency to death,” Mendoza said. “People know how to game the low-bid environment. What we’re doing here is shifting the goalposts and saying, 'We’re not going to do it the same way anymore.'”

Even before the pandemic hit the U.S., New York adopted the ability to operate under a design-build framework, a process it initiated recently by putting out RFPs for two new parks buildings.

Another project that rolled out quickly on a national scale during the pandemic was the Army Corps of Engineers' alternative care facilities program, $1.88 billion worth of projects converting 38 venues in various locations across the country, including the Jacob K. Javits Convention Center in New York City (pictured at top), into emergency medical units during the first months of the outbreak.

“Our ACF mission involved many facets within our organization – contracting, operations and construction, spread out across our 40-plus districts and divisions, as well as partnership with other agencies,” said Raini W. Brunson, public affairs specialist for the Army Corps, in an email. The result was an additional 15,000 beds put in place across the country by the end of May.

That push, in particular, could serve as a model for how more encompassing infrastructure projects could be pulled off during the Biden administration.

“It’s a really good example of how contractors, the government and all the agencies in between worked in synch on an unbelievably complicated problem,” said Brian Turmail, vice president of public affairs and strategic initiatives at the Associated General Contractors of America. “It’s a great model for permitting and expediting projects, if that’s something the Biden administration is interested in doing.”

Key to that success is a shared sense of mission and teamwork among all the different stakeholders, much like in a large-scale private project.

“The mission alignment was there,” said Jordan Howard, AGC’s director of government affairs for federal and heavy construction, who engaged with both the Army Corps and contractors on the project. “The thing I heard the most from people was, ‘Why can’t every project be like this?’ There was timely decisionmaking, where things didn’t sit on a desk for weeks and weeks, which is how you got rapid turnaround.”

The success of the Army Corps program, much like in New York City, hinged on cutting through the red tape that limits project managers’ options on public projects. But while the Trump administration rolled back permitting reviews this summer to accelerate projects, throwing out the rule book wasn’t the determining factor for the ACF program.

“It made me understand how you can get some of this stuff done under existing rules and regulations,” said Maria Lehman, the Buffalo, New York-based director of U.S. infrastructure for Australia-based global civil engineering firm GHD, and a member of the American Society of Civil Engineers’ Committee on America’s Infrastructure who formerly served as chief operating officer a the New York State Thruway Authority during her 40-year career.

“They used what’s called an undefinitized contract action, which is a process the Corps uses a lot when they are in active theater, because you don’t have time to figure out a lot of the details when you’re at war,” Lehman said. “So you had contractors that had already been pre-cleared with the Corps on previous projects selected in a matter of days through this process.”

Instead of the usual public project framework where agencies attempt to put all the risk of a project on the contractor, Lehman, who engaged with the Corps on the initial stages of a field hospital slated for the Bronx, said the alternate care facility initiative had a greater sense of collaboration versus the usual adversarial roles that are adopted between government agencies and contractors.

“Because of some of the earlier issues with design-build contracts, and with public-private partnerships in the U.S., federal and state agencies and authorities have taken the attitude that all the risk belongs to the contractor,” said Lehman, who pointed to the beleaguered Purple Line transit project in suburban Maryland, which saw its contracting team lead by Fluor, pull out due to cost overruns.

“If you’re not a partner, and you treat it as Us Guys versus You Guys, there’s time and cost associated with that,” Lehman said. “The reason why the undefinitized contract action, which is a progressive design build, is so appealing, is because you have the chance to partner with the contractor, the consultant, the supply chain and the owner.”

Lehman, who worked on the initial stages of the Tappan Zee bridge replacement project, said a key aspect of a national infrastructure push under the new administration will be figuring out what can be accomplished within existing rights of way, instead of starting from scratch with new permitting processes.

“If you’re not exiting current right of way, it’s just considered a maintenance action. If you go outside of that, you have to reopen the whole process,” Lehman said. “We could do a huge bridge program, easy peasy.”

To help with that kind of a push, she pointed to former President Barack Obama’s use of a dashboard to keep tabs on infrastructure projects coming out of the Great Recession.

“President Obama had 12 projects that he was briefed on weekly, so no agency wanted to be in the crosshairs,” Lehman said. “President Biden can do the same thing, and people will find ways to not have it stuck on their desk. Political will is a wonderful thing.”

For Turmail, how Biden approaches his infrastructure push out of the gate will be a major factor not just for contractors, but for the nation and economy as a whole.

“The immediate challenge for the incoming administration is going to be what can they do to boost the economy,” Turmail said. “We've gone through this traumatic economic experience. Twenty million people are out of work. President-elect Biden has talked about infrastructure as a way to rebuild not just our country, but our economy. And if they want to do that, they're going to they're going to have to move quickly.” 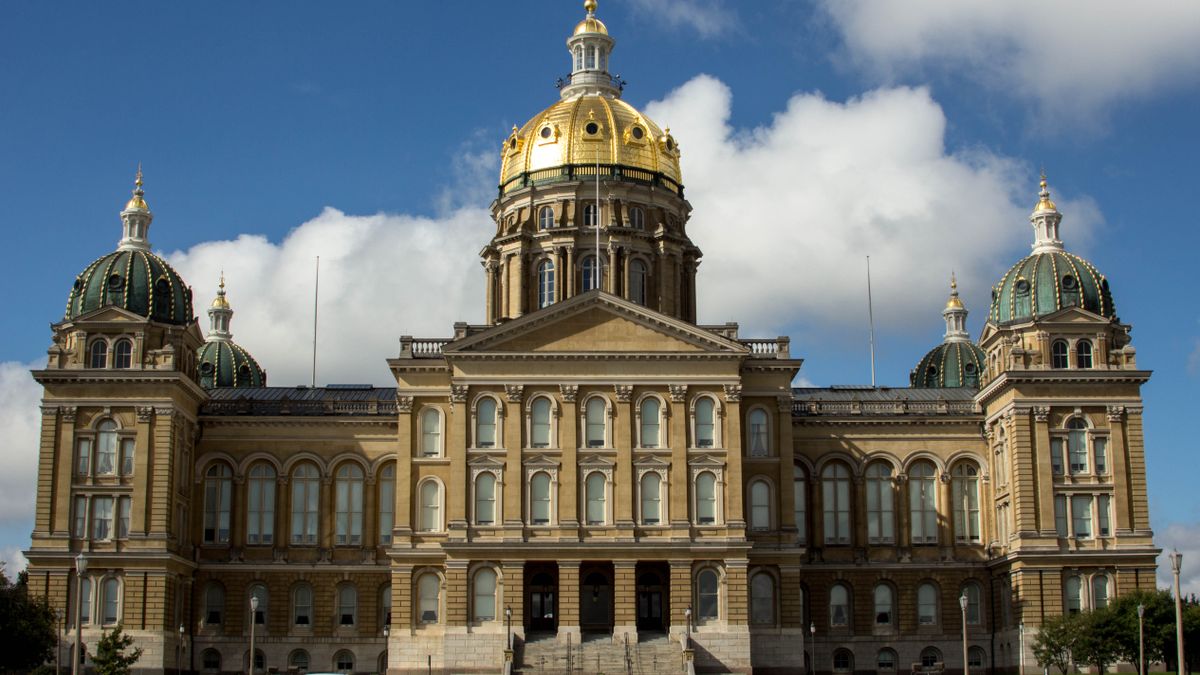 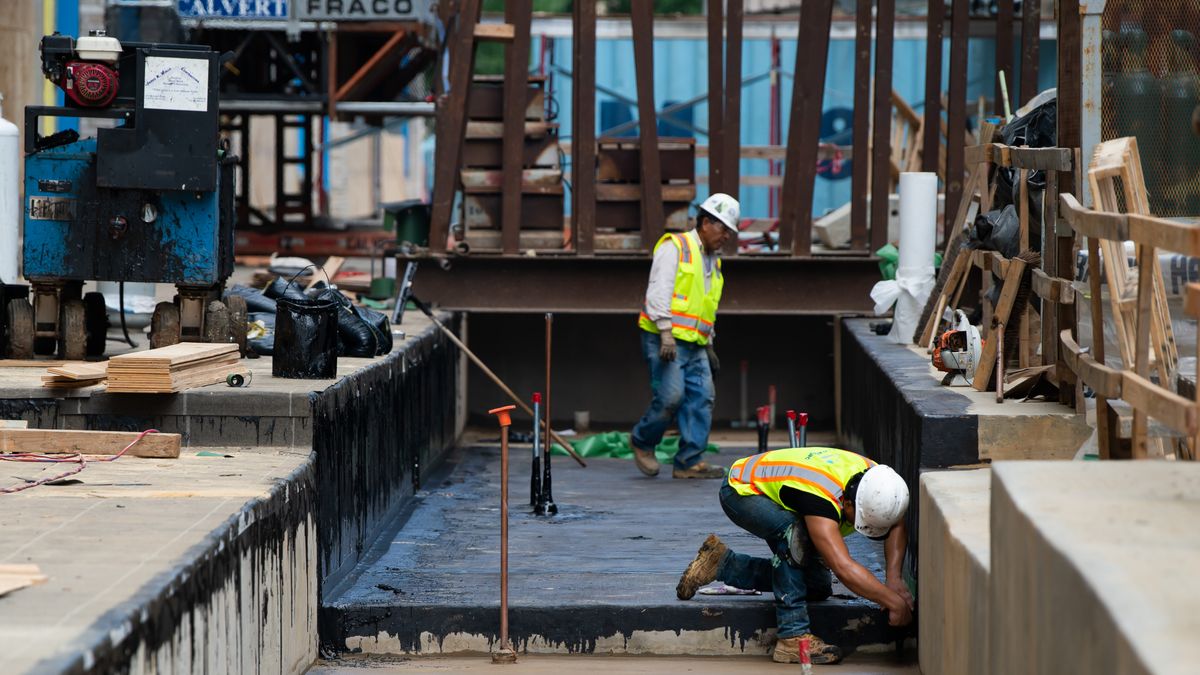 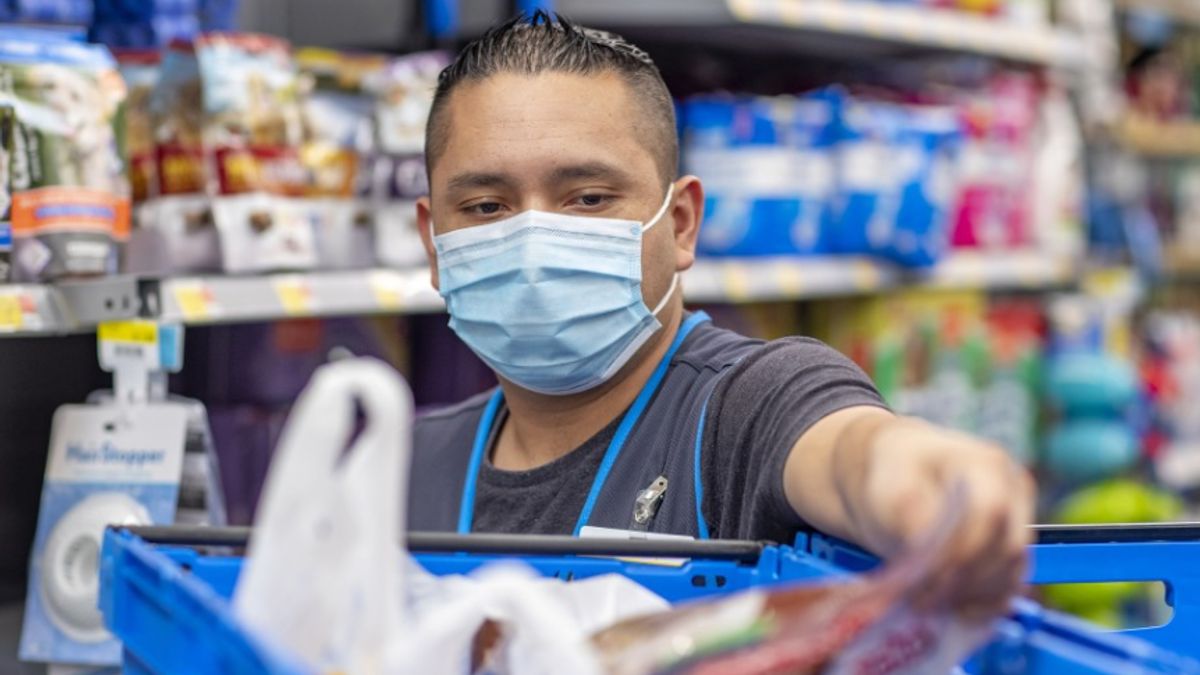