8 construction projects to watch in 2022

Priced in the billions, these high-profile, high-impact jobs are expected to hit major milestones in the next year and beyond.

A number of the nation’s largest construction projects are set to start construction, hit major development milestones or otherwise spark interest in 2022.

Priced from the hundreds of millions to the tens of billions, these developments-in-progress are notable for their size, impact and surrounding narratives. Some are highly divisive, some are tied to famous names or companies and others are groundbreaking innovations in manufacturing or transportation. Many are a combination of all of the above.

Below are just a few of the projects Construction Dive is planning to keep an eye on in the year ahead:

In late November, tech giant Samsung announced that it plans to construct a $17 billion semiconductor fabrication facility in Taylor, Texas, located northeast of Austin, Texas. Samsung intends to start building the factory in 2022, with operations slated to begin in 2024. The company has not yet announced a lead contractor for the project.

The facility’s estimated cost will cover its buildings, property improvements, machinery and equipment, according to Samsung’s announcement. It will be the South Korean firm’s largest investment in the U.S. The company has operated a chip manufacturing facility in Austin since the late 1990s, pictured above, and intends to share infrastructure and resources between the two sites.

The project announcement comes amidst a global shortage of computer chips driven by supply issues related to COVID-19. Samsung is one of many chip manufacturers attempting to geographically diversify its manufacturing operations, according to the AP, and a series of federal funding and tax incentives for semiconductor manufacturing, including the $52 billion CHIPS Act, could spur more investment in chip manufacturing in the U.S. if passed.

The California high-speed rail project, which would be the nation’s first long-distance high-speed rail line once complete, currently encompasses 35 active construction sites across a 119-mile stretch of the Central Valley. The sites are divided across three design-build contracts:

According to the State of California’s High-Speed Rail Authority, the system is expected to run from San Francisco to Los Angeles in under three hours via bullet trains moving up to 200 miles per hour. Planned extensions to Sacramento and San Diego would extend the system’s reach over 800 miles with up to 24 stations.

The California High-Speed Rail Authority anticipates environmental clearance for the full Phase 1 San Francisco to LA/Anaheim light rail system by 2023. The current cost estimate for the Central Valley section is $13.1 billion. The first section will run between Merced, California, and Bakersfield, California, with operation expected to begin by December 2028, according to the rail authority’s 2020 business plan. Operation between San Francisco and LA is expected to begin by December 2033.

Construction of the first phase of new Amazon HQ2 office space at National Landing, started in January 2020, is on track to finish by 2023, according to Clark Construction. The contractor expects to top out the office buildings at Metropolitan Park in early 2022, complete facade installation by the summer, and move to develop the 2-acre landscaped courtyard once the buildings are complete.

The Metropolitan Park campus will provide 2.1 million square feet of office space for the online mega-retailer across two 22-story LEED-certified buildings, as well as 50,000 square feet of retail space, to be leased to local small businesses.

Plans for the second phase of construction, PenPlace, face a series of public hearings before Arlington County’s Planning Commission and County Board through the end of 2021 and into 2022. Whiting-Turner is the lead contractor for the second phase, and Amazon anticipates that PenPlace’s first buildings will be complete by 2025.

In August, ahead of the expiration of its lease to play home games at Highmark Stadium in Orchard Park, New York, the NFL’s Buffalo Bills submitted a plan to the City of Buffalo for a new, $1.4 billion, 60,000-seat stadium to be built by 2027, according to the AP.

Last month, engineering firm AECOM completed its preliminary survey of the project and its impact. The company recommended building a new stadium instead of attempting to renovate the 50-year-old Highmark Stadium, owing to the high estimated cost and shorter life span of a renovation. The AECOM report also recommends building in Orchard Park instead of building new in Buffalo.

On Dec. 20, New York Gov. Kathy Hochul stated that she is “confident” that the Bills could reach a deal with the state of New York related to public funding for the stadium’s construction, according to the AP.

Mortenson and renewable energy developer Terra-Gen broke ground on the Edwards & Sanborn Solar Facility and Battery Storage earlier this year, and expect to complete the project by the end of 2022. The project - located on a combination of private land and a site leased from Edwards Air Force Base - is expected to cost about $1.15 billion, according to Dodge Data & Analytics.

The project is coming online in phases, and a portion of its solar arrays are already in operation, according to Terra-Gen. Once complete, the facility will feature a 1,118-MW solar complex with 2,165 MWh of energy storage capacity - the largest single solar and storage project to reach this stage of development, according to Solar Power World. Energy production is expected to utilize more than 2.5 million solar modules, with over 110,000 lithium-ion battery modules for storage.

The energy generated by the Edwards & Sanborn facility is expected to power more than 158,000 homes and displace more than 307,000 tons of carbon dioxide on an annual basis. First Solar will supply the site’s solar modules, and LG Chem and Samsung will supply the batteries.

Most federal border wall construction was halted on President Biden’s first day in office. The U.S. Army Corps of Engineers is in the process of canceling all federal contracts related to the wall, and the Department of Homeland Security has begun a series of maintenance and emergency repair projects on its existing portions.

However, Texas Gov. Greg Abbott (pictured above in wheelchair) has spearheaded a state-level effort over the past six months to resume the construction of a barrier along the state’s border with Mexico.

The Texas Facilities Commission has chosen a joint venture between Dallas engineering firm Huitt-Zollars and Pittsburgh-based engineering firm Michael Baker International as the project manager for the border wall and associated infrastructure. In November, the TFC awarded Posillico Civil Inc. with a design-build contract for a portion of the border’s infrastructure, including wall construction.

Construction is underway as of Dec. 18, with 880 feet of barrier wall installed in Starr County, Texas. The project’s funding totals more than $1 billion, according to an estimate by the Texas Tribune, and includes $54 million generated through a state-led crowdfunding campaign, the vast majority of which (98%) comes from a single donor, Timothy Mellon, chairman of Pan Am Systems.

In 2018, former Michigan Gov. Rick Perry approved Canadian oil supplier Enbridge’s Great Lakes Tunnel project, which would replace the existing Straits of Mackinac section of the Enbridge Line 5 oil pipeline with new lines buried under the Straits. Enbridge intends to bore as deep as 100 feet below the lakebed in order to install the new pipeline at a projected cost of $500 million.

In the interim, the fate of Enbridge Line 5 in its current form remains in a legal tug-of-war between Enbridge and authorities in Michigan.

Environmental activists and local tribal authorities oppose the pipeline’s continued operation, and current Michigan Gov. Gretchen Whitmer had campaigned on the promise to shut down the underwater section, which dates back to 1953 and runs directly through the Straits of Mackinac. Gov. Whitmer revoked the easement permitting its operation in November 2020.

While Enbridge states that Line 5 has operated “without incident” at the Straits of Mackinac for more than 65 years, Gov. Whitmer has gone on record to say that Line 5, in its current form, presents “an unacceptable risk of a catastrophic oil spill in the Great Lakes that could devastate our economy and way of life.”

The Infrastructure Investment and Jobs Act, signed by President Biden in November, introduced a regulatory framework under which hyperloop projects can compete for federal funding for U.S.-based projects.

The Hyperloop concept, popularized by Elon Musk, incorporates a series of vacuum-sealed tubes that can transport passengers and cargo in low-pressure pods at proposed speeds of over 700 miles per hour. Hyperloop projects and test sites are in various stages of progress around the world.

“Hyperloop’s inclusion shows that we’re on the precipice of a new era that will change the way we think about mobility in this country,” Josh Giegel, CEO and Co-Founder of Virgin Hyperloop, said in a press release following the legislation’s passage in the Senate in August.

Virgin Hyperloop has an active test track in Las Vegas, and is targeting the Midwest, Missouri, North Carolina, and Texas for potential future hyperloop routes in the US. California-based HyperloopTT has conducted a feasibility study for a hyperloop route in the Great Lakes region, and Swiss-American hyperloop company Swisspod has announced the construction of a test track in Colorado. 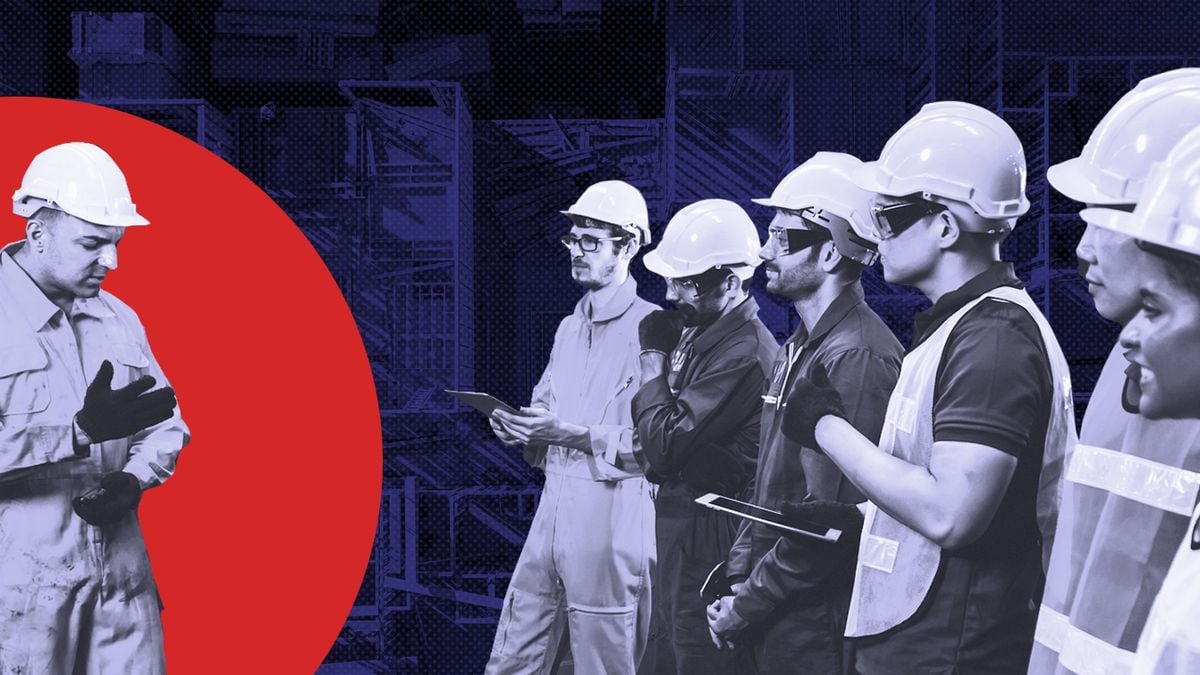 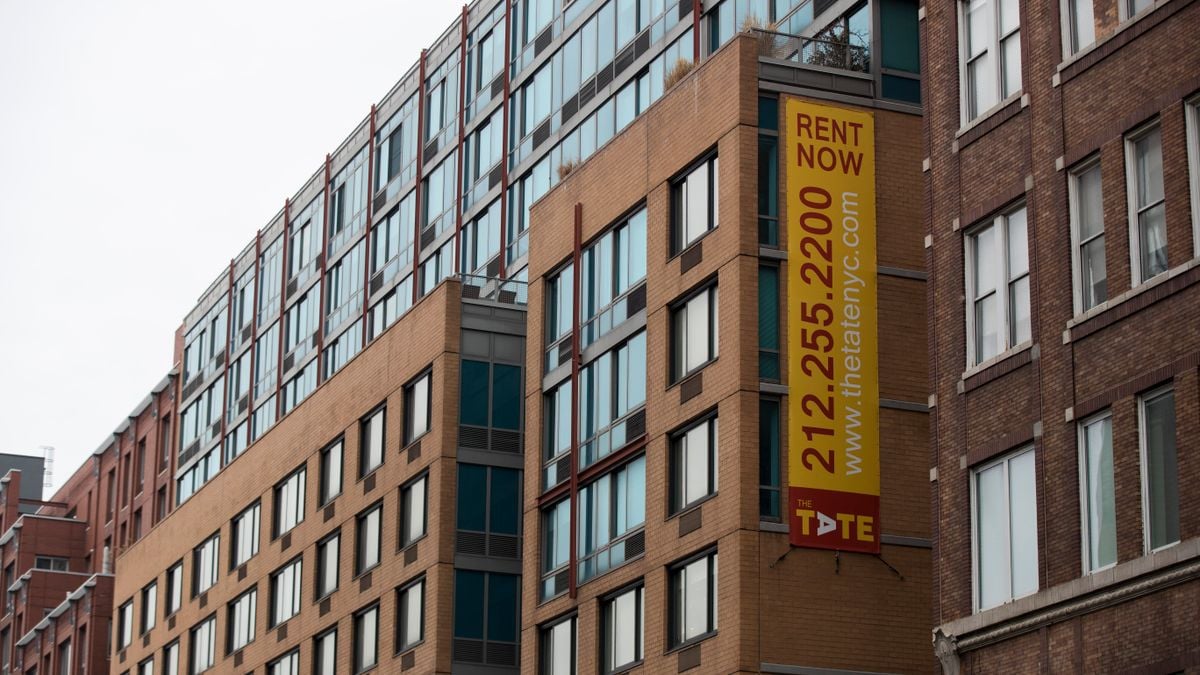 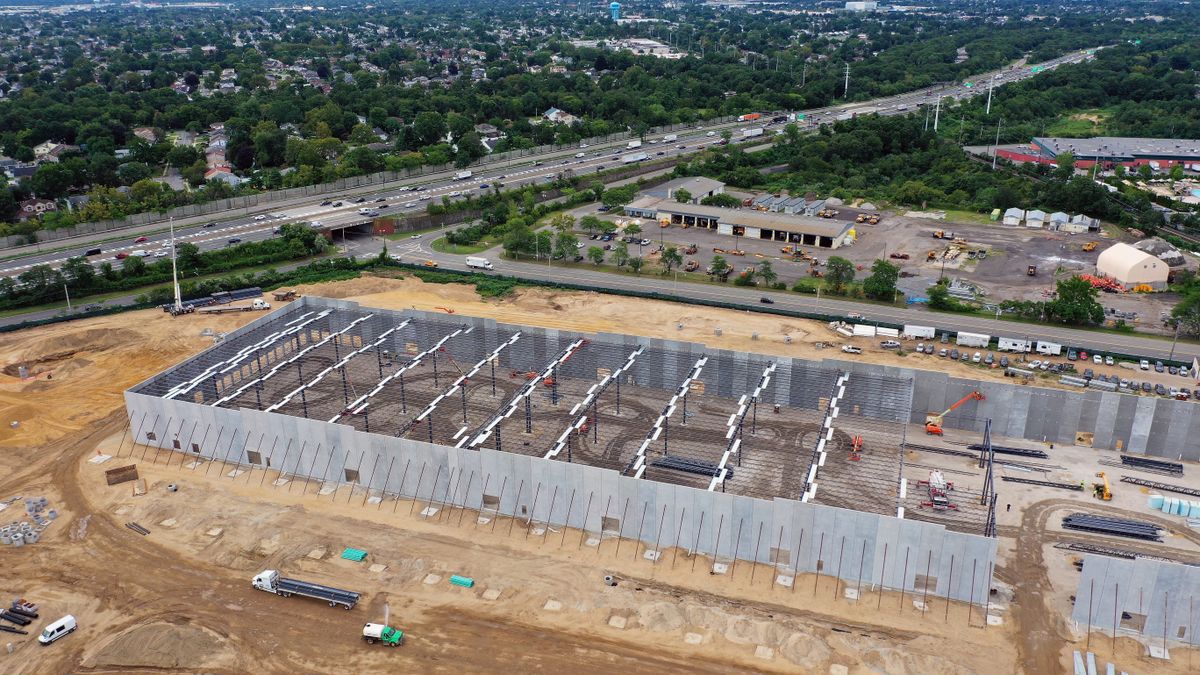 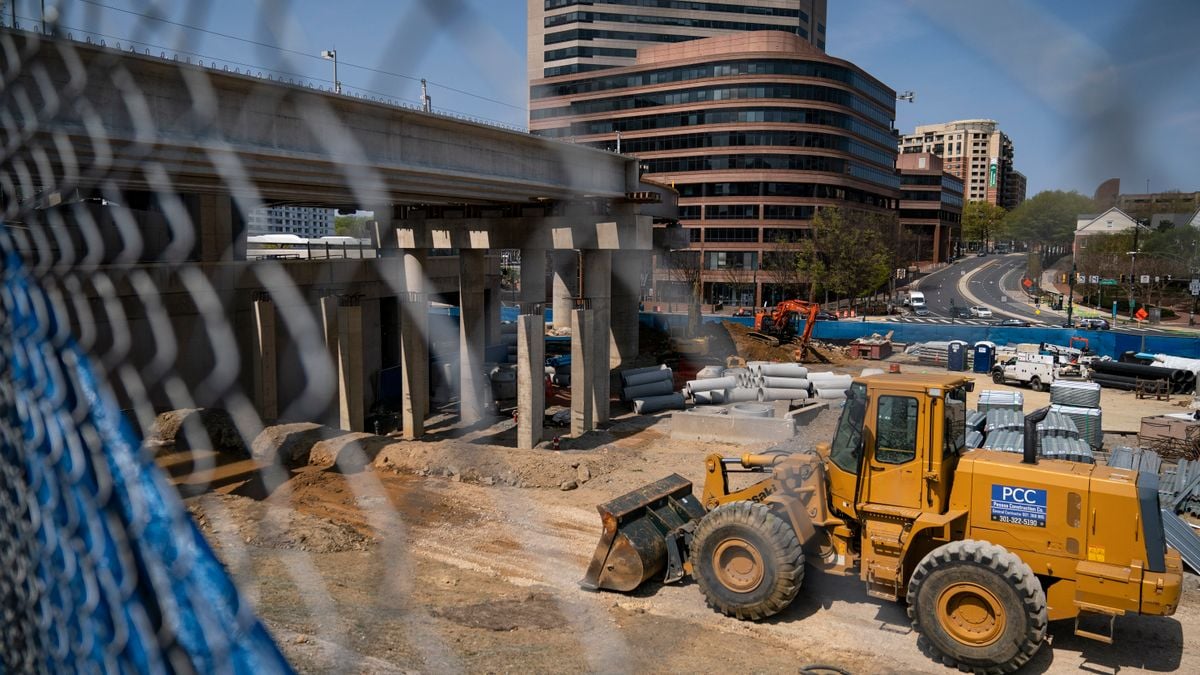 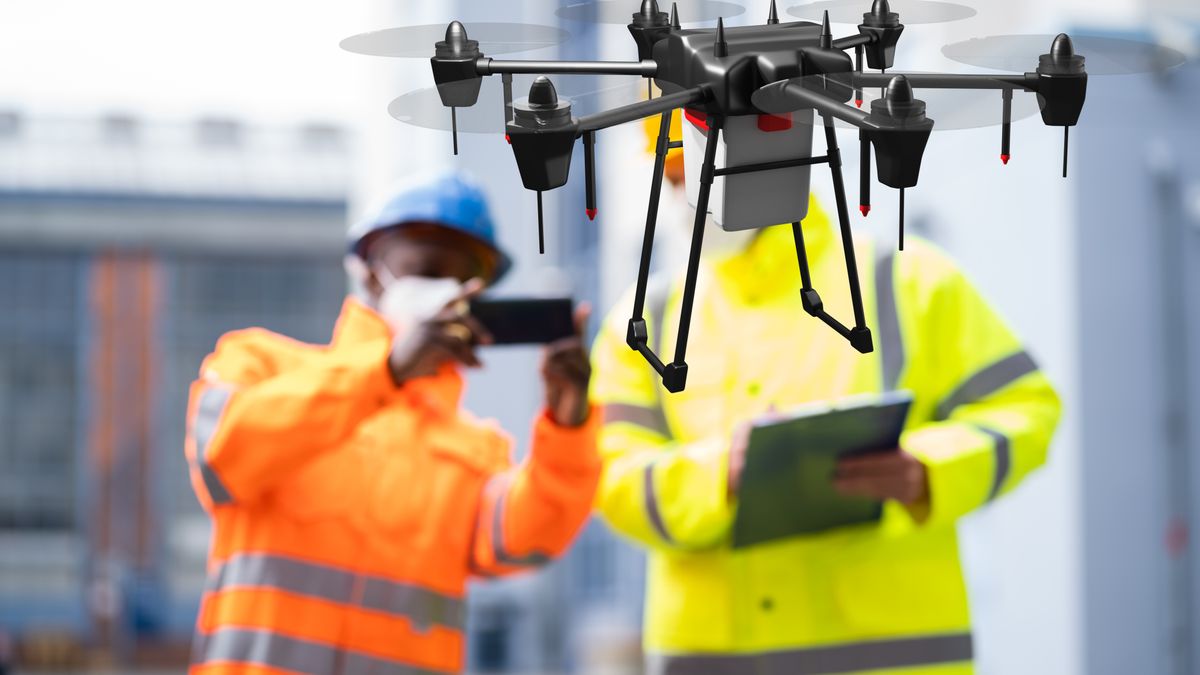 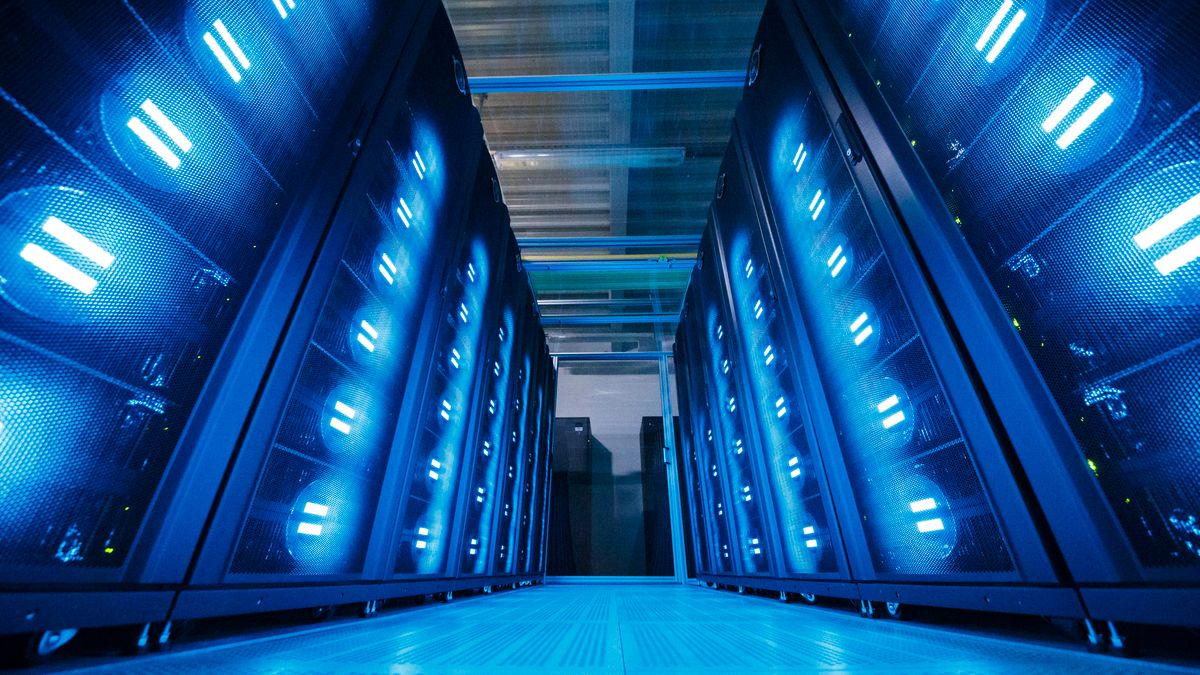 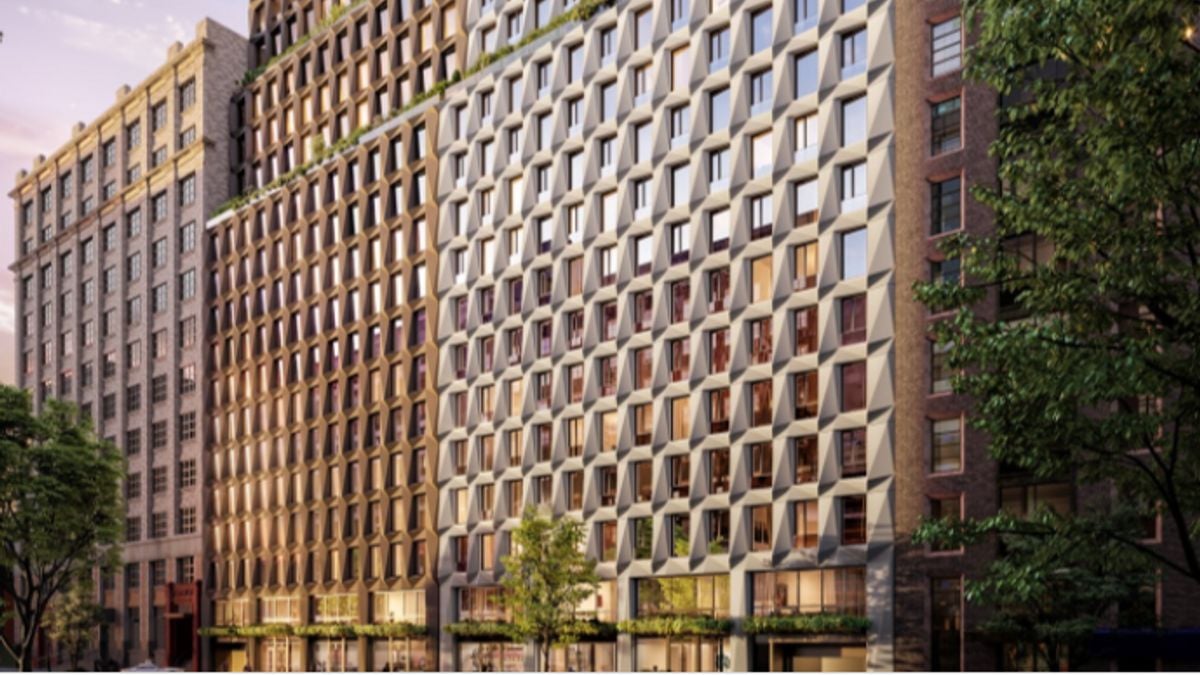 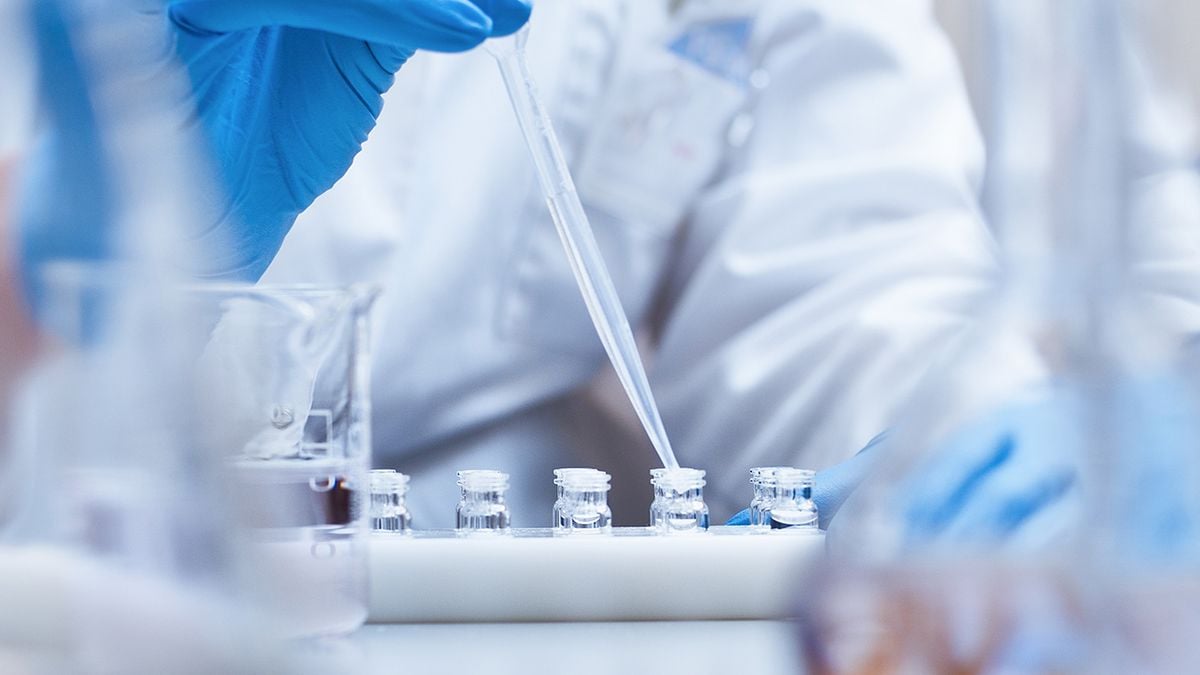 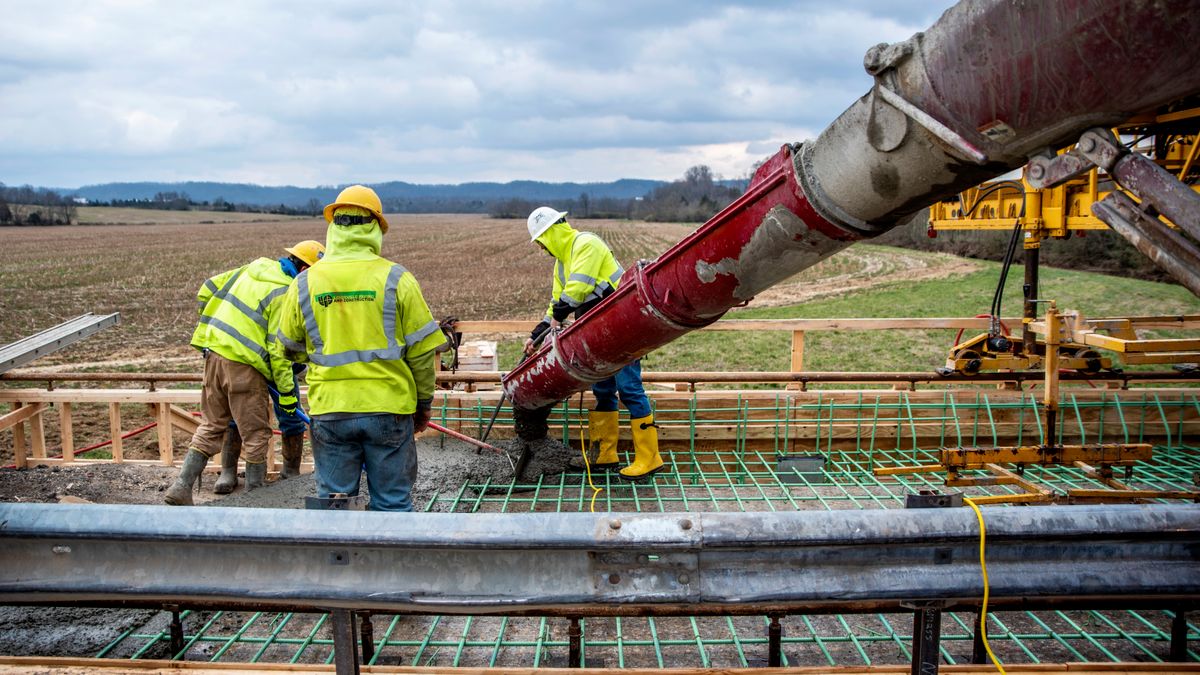