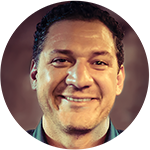 While 3D printed housing has gotten media attention in the U.S., and for competitions to build structures suitable for habitation on Mars that leverage aggregates on the red planet, its practical application in commercial construction has still seemed like science fiction, until now.

“The undulating facade is patterned to identify entrances and expand around the building's curvature, serving as wayfinding for visitors,” John McCabe, advanced concepts team and director of communications at Branch Technology, said in the release. “Varying degrees of curvature in the sinuous facade pattern nod to TVFCU's recognizable wave logo. This project is a staple of design freedom offering a one-of-a-kind product outside the literal box of repetitive, conventional construction and facade manufacturing.”

After more than a year of planning and design, Branch Technology printed dozens of the panels at its 40,000-square- foot design and manufacturing center using its patented cellular fabrication process, or C-Fab, before using cranes to hang them in place at the building.

The firm claims the system is a unique printing method that allows material to solidify in open space, creating a matrix of polymer in virtually any shape. That brings “unprecedented design freedom and resource stewardship to next-generation wall systems,” according to Branch Technology.

It also utilizes material composites that complement each other to create an insulative and lightweight building envelope that uses 20 times less material than traditional, multi-layered 3D-printing techniques.

TVFCU’s Southside Branch is slated to open in spring 2021.