Shortly before the presidential election, then-candidate Donald Trump's team of advisors released a 10-year, $1 trillion infrastructure plan that envisions the private sector pumping billions of dollars of equity into much-needed, user- or fee-based projects like toll roads, utilities or airports in exchange for being able to collect the revenue long-term, all with an 82% tax credit on their investments.

However, despite the potential positive ramifications of the plan, experts say President-elect Trump needs to release more details to determine whether the proposal is feasible. From privatization concerns to tax credit uncertainties, the plan has a long way to go before having the potential to infuse the nation's infrastructure with $1 trillion.

What are the tax credit implications?

First, there's that massive tax credit. Trump's advisers have said the plan would pay for itself — meaning no new taxes — once the projects get rolling and companies and workers start paying taxes on their revenue and wages.

"What it really means is that the public sector is going to write a check, but it's paying for it in different ways," said attorney Lee Weintraub, chair of the public private partnership practice at Becker & Poliakoff in Florida. Unpaid taxes and uncollected project revenue on bridges, utilities or other projects completed under Trump's plan, he said, means the government avoids paying for these undertakings "on the front end."

Another critical detail missing from the program is how the tax credit will be applied, according to William Eliopoulos, a partner with Rutan & Tucker in California. "I'm hoping what he's talking about is a general tax credit to offset (overall) profits," he said. Eliopoulos added that a tax credit applied project by project would be "limiting."

"The public sector is going to write a check, but it's paying for it in different ways"

Trump's team could also be overestimating how easy it would be to break even on the tax credit through other taxes generated by those projects. The boon would come if all of those construction workers were unemployed and then started paying taxes, The Wall Street Journal's David Harrison wrote. Given current low industry unemployment rates, however, those workers employed on new infrastructure projects would most likely already be paying income taxes.

On the other hand, Ted Brooks, portfolio manager at CenterSquare Investment Management, said a smart move for the new administration would be to make the tax credit per-job rather than general. "That ties the tax situation directly to the area of investment you want to incentivize," he said. In addition, Brooks said, program supporters should want to show that the project generated enough taxes to cover the tax credit.

What role will P3s play?

While the whole program is an aggressive move by Trump, there is something familiar about his plan, especially for all of the public-private partnership (P3) proponents.

P3s are widely considered a strategic choice where long-term maintenance is concerned because many owners believe that the quality of construction will be higher if the same company has to maintain that facility and its equipment. P3s can also allow cash-strapped public agencies to leverage their dollars over many projects, as P3 partners often bring significant financing ability to the deal.

"It's definitely a P3 model (Trump's) talking about," Eliopoulos said, "and I agree with him (that we) need new delivery models." Equity, debt and risk transfer levels all play a role in the new model, according to Weintraub, and the formula has "a lot of moving parts."

P3 models in the past, Weintraub said, sometimes "cobble together" revenue streams and smaller tax credits, but the federal government that has the ability "to do the complex financial gymnastics" necessary to pull off huge programs like the one Trump is proposing. Weintraub, who has been the architect of numerous P3s, said that as far as structure goes, he's a proponent of "creativity and thinking outside the box."

Nevertheless, experts say there are important considerations left out of Trump's plan, namely projects that are not revenue-generating. Government funding will also be needed for the repairs and new construction for schools, police and fire stations, toll-free highways and bridges that will hold no interest for investors. In a perfect world, private investment would max out and leave billions of dollars to be invested in those non-revenue-generating yet critical projects.

Eliopoulos said those projects — as well as revenue-generating ones — could benefit from private activity bonds, which allow the private sector to borrow money for certain infrastructure projects at the same rate as public entities and provide significant tax benefits as well. A successful infrastructure program, he said, will offer up a variety of financing options, not just the one proposal introduced in Trump's $1 trillion plan.

How will the public respond?

And then there's the potential negative public reaction to the proposal. While the construction industry is largely excited about the details to come and a potential boon for business, the public might have a different take on so much private control. Under a standard P3, the government would pay a private entity to build, maintain and operate a project — even collect revenue in exchange for its investment — but still retain ownership, according to Weintraub.

In addition, the agreements these companies enter into, he said, usually provide for a financial "ding" if they do not keep the property up to standards. This is why there is a movement afoot to change the name of P3s to "performance-based contracting."

As the future Trump administration dangles the promise of millions of jobs, these and other questions remain until officials provide a fully fleshed out plan. One thing is certain, however, according to Carol Patterson, senior partner of Zetlin & De Chiara in New York: Someone needs to propose a program of infrastructure improvements that works for the country and for its workers.

After all, the latest American Society of Civil Engineers report card graded the U.S. an infrastructures as a "D+" and said the country needs to invest at least $3.6 trillion by 2020 or risk increased costs to U.S. businesses and damage to both gross national product and family disposable income.

"We became as prosperous as we are as a nation because our infrastructure was second to none," Patterson said. There have been some impressive local projects since the Eisenhower interstate system was built, she said, but nothing on a national scale "as bold as the highway system."

She said this is an opportunity for training, apprenticeships and more women in the field, particularly in areas seemingly "cut off" from the rest of the country. Massive projects, she said, can produce a sense of pride in workers who helped create something.

"It's very gratifying when your projects are useful," she said. "A lot of people in construction take great pride that they played a part in creating something tangible that gives back to people every single day." 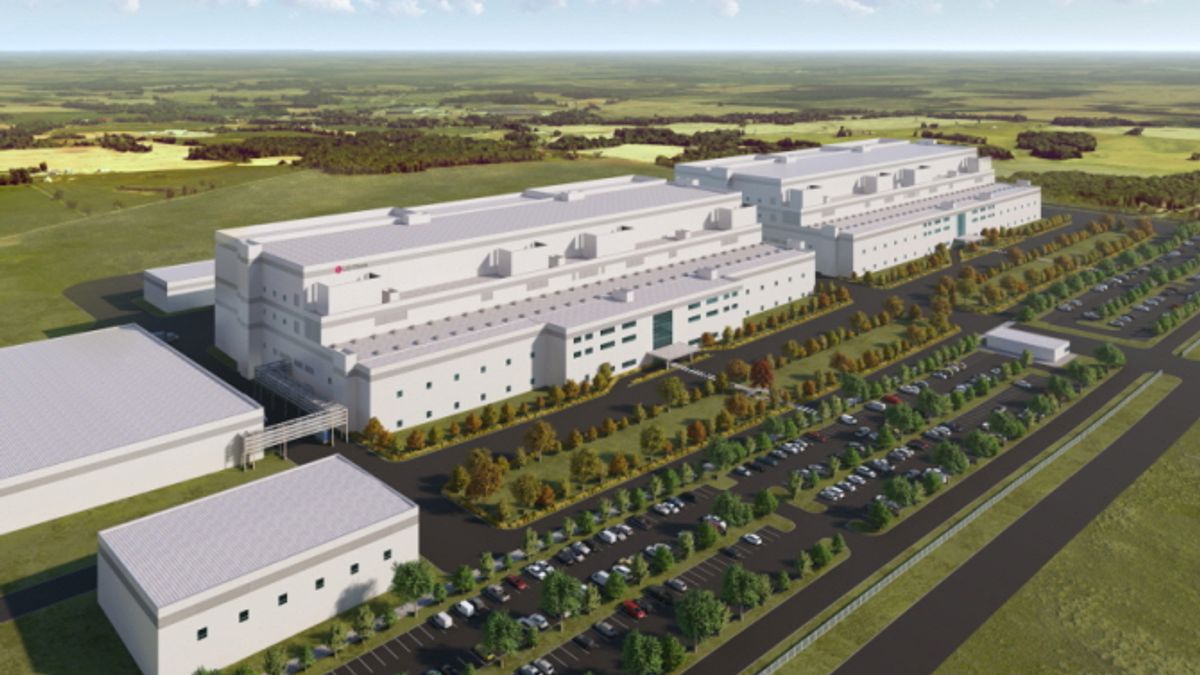 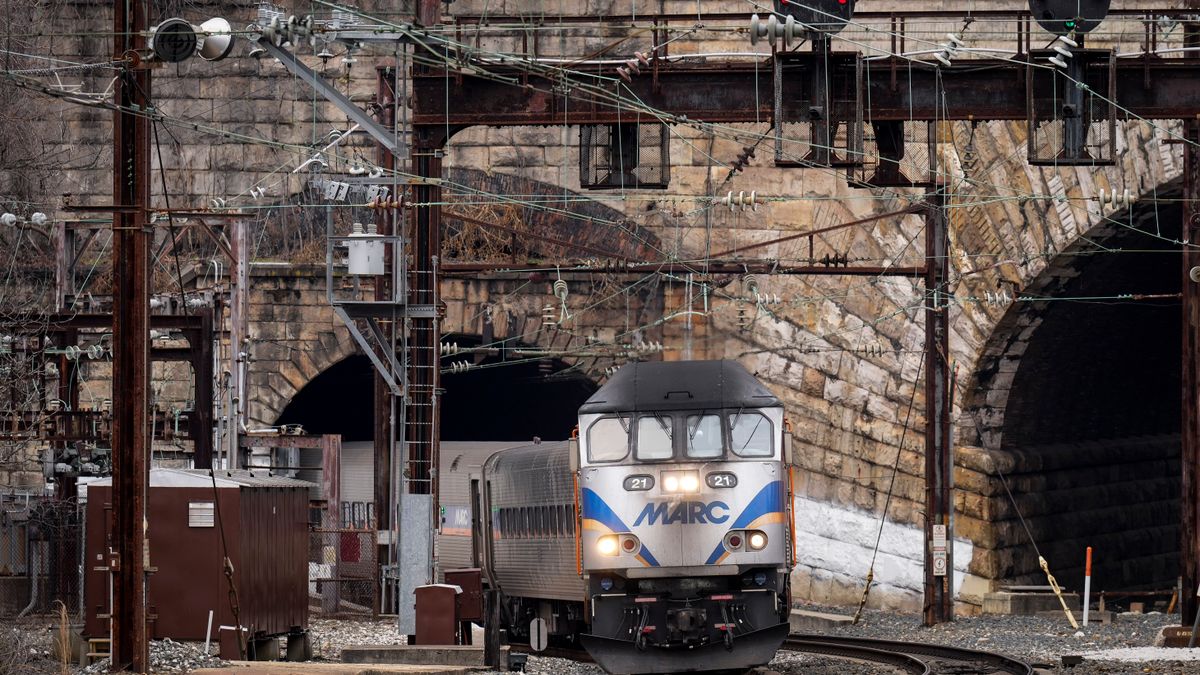